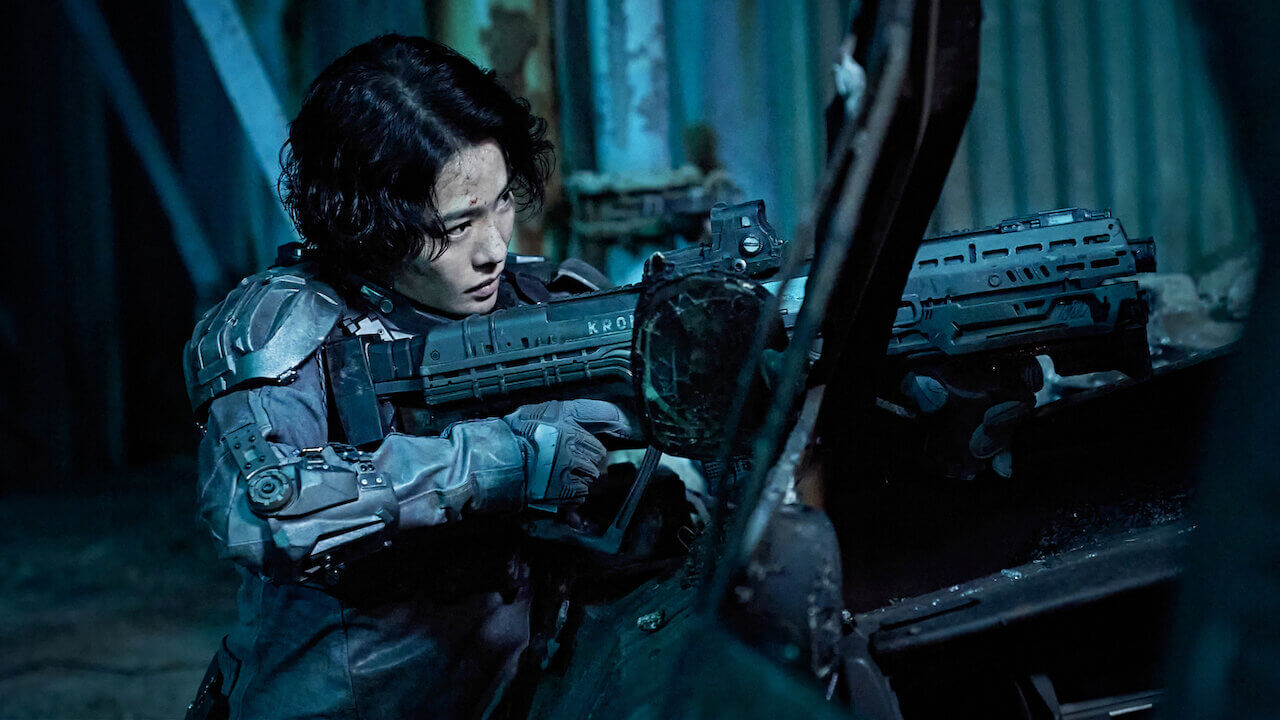 Last year was full of movies and TV series on Netflix world. Long-awaited fantasy, stories about beloved superheroes, detective, and love stories—all these film genres have been keeping us excited during the entire 2022.

The new year in turn raises the bar. Let’s try to pick the most anticipated Netflix premiere of 2023 which is definitely worth your attention.

Two Los Angeles millennials in love from different backgrounds face the ultimate test of a relationship: meeting their parents. The confrontation of cultures and families begins.

In the post-apocalyptic not-too-distant future, Earth will no longer be livable due to climate change. Amid this chaos, an internal war breaks out in a shelter built for human survival. To end it, you must find a way to clone the legendary mercenary JUNG_E to create work.

3. Your place or mine

Debbie is a single mother from Los Angeles whose life is planned by the second, Peter is a marketing executive and aspiring writer from New York who could well be working at a popular writing service like Best Essays Education. They have been friends for at least 10 years and support each other, even though they see the meaning of life in different ways. When Debbie gets a chance to fulfill her dream, Peter gladly offers to help—swap houses for a week and even live with her teenage son. But after getting the life they each dreamed of, they ask themselves—do they need it?

After the series “Pam and Tommy”, it seemed that the audience had already received all the answers to the most scandalous stage in the life of pop culture star Pamela Anderson. But for a long time, the actress refused any documentaries, and now she is ready to tell her own story. The film “Pamela, A Love Story” contains archive footage that has never been published and memories from diaries that Anderson has never told.

A fascinating story of a tenacious young Australian woman who pursues her dreams and faces her fears as she strives to become the youngest person to sail around the world.

A serial killer terrorizes London, and detective John Luther is behind bars. At one time he was unable to imprison the “psychopath” and now wants to complete this work by any available methods, even by breaking the law. Although, Luther is not used to this. If only “colleagues” did not interfere, it would be much easier. After all, Luther has to deal with both serial killers and detectives who decided that it was time to remember past grievances.

Kevin’s family accidentally finds a ghost in their house and decides that it is interesting content for social networks, like specialists from the writing service Trust My Paper create. They were not mistaken— they got a bunch of subscribers and good offers from advertisers. But the ghost Ernest has his own complicated story that he wants to figure out. The family is ready to help, but after the first steps of the investigation, Kevin and his family become a target for the CIA.

She left her daughter to other people to raise. She understood that her work would never allow her to be a happy mother. But after a long time, the enemies found the child, so now she—a professional mercenary—is forced to agree to the terms of a dangerous game to save her daughter.

Continuation of the adventures of the Australian mercenary Tyler Rake. It turns out that he did not die after his last operation. And now he is heading to save the family of a Georgian gangster. But the task is complicated when the enemies find out that Tyler is alive.

The plot is kept secret. The only thing known is that the film will be about CIA agent Rachel Stone, the only one who stands between her organization and the loss of its most important asset.

An adaptation of the French comic book by Alexis Knowlent is about a methodical killer who is used to doing dirty work without question. But the harder the tasks, the stronger the psychological crisis of the mercenary. He seems to be losing his mind, begins to repent for his murders, and wants to fix his life, but he is too late: step by step, a tenacious detective is coming, intending to stop the killer.

Detective Walker dreams to overcome the network of corruption and drug conspiracies in his city. And for this, he needs to find the missing son of a politician.

The story of the outstanding American composer Leonard Bernstein, but is shown through his relationship with his wife Felicia Montealergue—25 years, and three children. But can he call her his muse?

Lisa Drake dreams of a better life and therefore gets a job in a failed pharmaceutical company. But her ability to find a common language with anyone “catapults” the girl into the “high world”, where she accidentally finds herself in the center of a criminal conspiracy. Refusal is forbidden because otherwise, her daughter will die.

Hardened English detective Nichols in unwavering pursuit of the next case finally destroys the illusions about his happy life.

Summing up, we can surely say that this year will bring us long-awaited premieres and unforgettable emotions when watching Netflix-made masterpieces. All we have to do is wait and dive headfirst into the world of amazing cinema.

chevron_left Netflix Edition: Popular Reality Shows to Watch With Friends
Get Your Knives Out! chevron_right