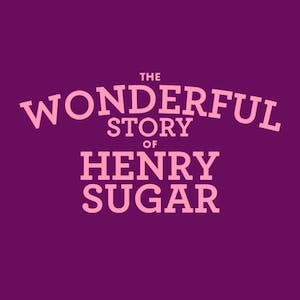 Roald Dahl has proven to be a rich source of stories for film makers: The BFG, Charlie And The Chocolate Factory, Fantastic Mr Fox, Matilda, and The Witches are all Dahl stories that have been filmed during this millennium. Indeed, four of those five titles have been filmed more than once. It can’t be denied that Roald Dahl was an excellent storyteller.


There was a problem though, for me at least. His short stories for adults, which were later developed into the Tales Of The Unexpected TV series, were just too memorable! I remember reading his short story anthologies (Someone Like You, Kiss Kiss, and Switch Bitch) when I was in college nearly fifty years ago. To this day I only need to read the first paragraph of any of the stories to know how they will end!

Another collection was The Wonderful Story Of Henry Sugar And Six More. As well as the story named in the title, there are, unsurprisingly, six more; three fiction, two non-fiction, and an autobiographical piece. How many of these stories will make it to the screen I don’t know. I’m assuming that there may be some included based on the IMDb entry saying “Chronicles a variety of stories, but the main one follows Henry Sugar”. Still, The French Dispatch showed that Wes Anderson can make an entertaining anthology when he wants to.

Who Is Henry Sugar?

Henry Sugar is an independently wealthy man with a taste for gambling. He hears of a man who, by using a meditation technique, can see through objects and predict the future; handy skills for a gambler! Henry locates and steals the book that describes the technique and goes on to master those skills.

It’s been promised for 2023 and it is currently in post-production so, fingers crossed, it should be out soon. Now it is a Netflix project so whether it gets a cinema outing is yet to be decided.

As soon as I find one…

It seems that Mr Anderson was on this side of the Atlantic whilst recruiting his cast: Benedict Cumberbatch, Ralph Fiennes, Dev Patel, Ben Kingsley, Rupert Friend, and Richard Ayoade all have roles.

Characters, So Far, In The Wonderful Story Of Henry Sugar

So far, the only named role is Henry Sugar and that has gone to Benedict Cumberbatch.

Nothing! It’s a free standing tale with no back catalogue.

Doubtful.  Roald Dahl died in 1990 so he won’t be writing any more stories. Mind you, it is hopelessly naive to suppose a minor point like that would stop a sequel if the profits are big enough.