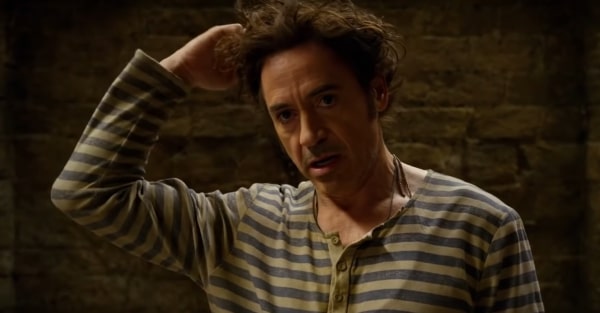 Dolittle is Robert Downey Jr.’s first movie to be released after his triumphant turn as Iron Man in Avengers: Endgame.  (C’mon, Academy.  Don’t let me down.  Nominate him!)  Unfortunately, the trailer looks less than stellar.  In fact, Hollywood doesn’t have the best record when it comes to adaptations of Hugh Lofting’s children’s book character who talks to animals.  So let’s take a deeper look at the trouble with Doctor Dolittle. 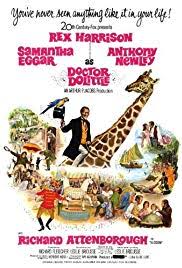 Rex Harrison starred in this musical movie adaptation.  The production suffered numerous setbacks and difficulties especially because of the large numbers of animals required for the film.  The movie went over budget.  It received mixed to negative reviews.  It bombed at the box office.  Yet due to intense lobbying by the studio, the movie received a Best Picture nomination.  One it does not deserve.  While I’ve never seen the movie, the general consensus from those who have is that it’s a long slog at two and a half hours.  It certainly doesn’t belong in a class with Best Picture winner In the Heat of the Night and fellow nominees Bonnie and Clyde, The Graduate, and Guess Who’s Coming to Dinner. 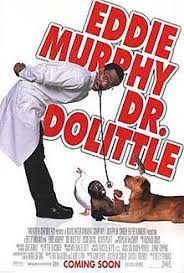 Eddie Murphy starred as Dolittle in this genuinely funny adaptation.  Along with The Nutty Professor and Mulan, this movie is part of his amazing ’90s comeback.  Critics gave the movie mixed reviews but it was a box office success.  Featuring celebrity voices such as Norm McDonald, Albert Brooks, Ellen DeGeneres, Chris Rock, Jenna Elfman, and Gilbert Gottfried as the animals, the movie was a fun summer romp.

Kyla Pratt, who plays Murphy’s daughter in the first two films, took over the lead role in three direct-to-video sequels.  I honestly didn’t know they made any more after Dr. Dolittle 3.  With titles like Dr. Dolittle: Tail to the Chief and Million Dollar Mutts, you can probably guess at the quality and target audience of these movies.

There have been many rumors of a troubled production with the latest adaptation.  Reportedly, tensions became strained between director Stephen Gaghan and Robert Downey Jr. to the point that Downey would only respond to him with monkey noises.  According to a now deleted Reddit post by someone claiming to have worked on the set, the filmmakers began filming scenes before they had planned where the animals would be standing.  According to this same source, Gaghan also wanted to fire the pre-visual animation department and just sort of wing it on the day of shooting.   None of this bodes well for the new film.  Hollywood loves breathing new life into old properties but maybe it’s time to finally close the book on Doctor Dolittle.