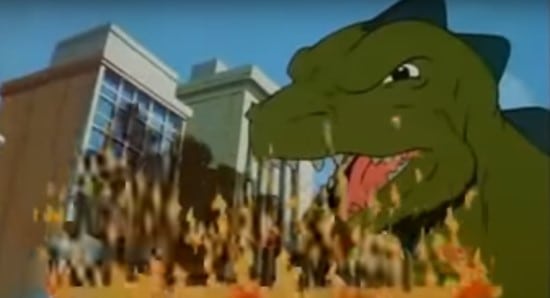 Do you remember the old 1978 Hanna-Barbera  TV Godzilla cartoon that used to play during the Saturday morning children’s lineup?

What I really remember liking was that it featured Godzilla as a hero. I I like that perspective a lot more than OMG BIG MONSTER MUST DIE. That’s part of the reason I consider the 1998 Matthew Broderick Godzilla vehicle a tragic tale. He was just an animal trying to eat and reproduce, after all. I re-watched that Godzilla last night to see if it was better than I remembered, and NOPE, still not a good film.

Back to the cartoon…Godzilla was the gigantic savior of every episode. And it was cool. You had to ignore a lot of improbabilities by having a massively, non-verbal deadly force of nature available at the push of a button in your pocket, and the implications therein. And everything about the show spoke of bare-bones- budgets, with a studio desperate to find a niche (thus, the widely-despised .Godzooki. I didn’t about any of this in  1978, And you wan’t watch me rewatcing these half hour stories to glow in the nostalgia. But the cartoon into is well worth a revisit. If you were one of those kids like me, you already know the words (I’ve listed them for you anyway.)

Check out this trailer:

And as far as I am concerned, Godzookie is a Scrappy-Doo. Arg. Notice the whip-lash tonal shift when he flies through. Weird. But then it’s back to the awesome sound and fury of GODZILLA! 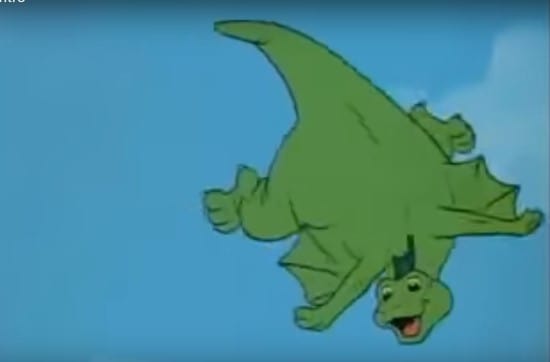 Godzuki, the Scrappy-Doo of Monsters.

Movie Review – Godzilla (2014) – This Godzilla Should Have Been Better