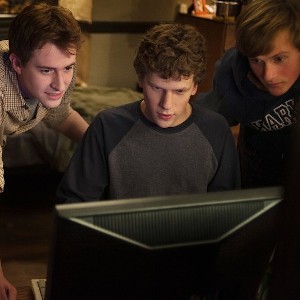 Movies are a great escape from the real world, providing entertainment and a way to unwind after a working day. However, some movies can actually inspire us to be better at working ourselves. It may sound strange, but watching a good movie provides an unconventional way to reflect on your own career and discover new things about yourself. This is why we’ve created a list of the best movies to inspire modern marketers. Let’s see if they can inspire you to achieve your marketing dreams.


This film tells an exciting story of perhaps one of the most important websites to have shaped the 21st-century, the tech giant Facebook. It’s fascinating from a marketing point of view to get an inside look into what inspired its creation, as well as the thought processes of the founders when they were building and developing from the ground up. All the cathartic ups and downs are experienced on screen, climaxing with the eventual rise of the social media giant. It’s a fantastic look at these founders’ lives from their humble beginnings to experiencing business growth like never before. It’s a testament to how hard work and perseverance can lead you to success.

The Oakland baseball team in 2002 won the most games of any baseball team yet. Their incredible 20 game streak broke American records, and they also had the third-lowest payroll of the major league teams! It’s impressive how an industry that is dominated by huge companies with enormous funding and payrolls was given a run for its money. This is a great movie for any aspiring marketeer because it illustrates the point of how data-driven decision processes have incredible outcomes.

The team employs an entirely analytical approach to winning games, and this is now the status quo in the sport today. Antiquated ways of scouting players have now been turned on their heads, and data is brought in to make all the scouting decisions. In Moneyball, when the team was able to hire undervalued and cheap players based on metrics that would predict their success, they got the maximum bang for their buck.

Marketing and baseball have a lot in common within this film. Before any data-driven decisions came to be the norm, intuition is what people relied on. A select few trailblazers showed that data was the best replacement for intuition. They faced a backlash of course, however, in the end, they prove their ideas to be worthy.

It seems today like everybody is striving for some balance in life, but not the key protagonist in this film. Ryan Bingham, played by George Clooney, works for a consultancy in the HR industry that helps companies fire people. He’s constantly flying around every day to fire different employees, so he doesn’t have anywhere set in stone to live. He loves every minute of it but strangely believes that any relationships with people just aren’t worth pursuing in the long run. He gives motivational speeches all around the world promoting its ideas and views.

However, he soon starts a casual relationship with another frequent traveler and after bonding on a variety of issues and exploring his values, he starts to question himself and his whole life philosophy. It’s a good film for marketers to watch because it reminds you of how dedication and hard work can take you places, but at the end of the day, the most important things in life are the simple pleasures that revolve around the people you know, rather than your career.

The big man behind Apple technology was arguably one of the most important marketers and product designers of the 21st-century. This biographical motion picture presents his personality for the public to see. It goes deep into Jobs’ complex reasoning and somewhat deranged psyche, often provoking sympathy from the audience despite Jobs treating his employees unfavorably for the most part. He was a meticulous manager who was often cold and distant, even towards the people he loved. However, it is one solid watch that showcases some brainwaves in marketing that the world knows today.

5. Thank You For Smoking

A somewhat hilarious film about a tobacco lobbyist who is on a quest to persuade people that smoking is okay. You will find yourself watching in tragic disbelief as he makes defending claims in favor of the tobacco industry on the TV, at Senate hearings, and even to children in classrooms. While some critics have claimed that this film is just one big advert for cigarettes, the key message is a lot more complex than people might think.

It’s a movie that demonstrates just how well you can spin a product with some convincing marketing, even if it has the power to kill you. It’s one of the intriguing aspects of marketing, i.e. people want to be swayed and to trust other people. As part of our human nature.

This movie tells the story of a milkshake salesman who finds a company called McDonald’s and begins to transform it into one of the largest fast-food empires in the world. It showcases just how determination and grit can help a person achieve success. It is sometimes a horrible watch, given that some of his methods to achieve success are morally bankrupt and obnoxious – the audience learns that the empire was built upon numerous highly controversial business moves.

It’s great to watch because you can truly realize how this brand came to be, And you can start to question any morally bankrupt business moves that people make. The Founder demonstrates that success is one thing, but it should never come at the expense of morality. Any company, however big or small, needs to act morally when conducting business.

7. The Pursuit of Happyness

One of Will Smith’s most heartbreaking and inspirational films. It follows the true story of a man who became homeless after some poor business decisions. He ends up gallivanting around San Francisco, sleeping in toilets whilst trying to raise a five-year-old son. One day he discovers that there is a lot of money to be made in business, and he perseveres to study hard, whilst also living on the streets and raising his son. In the end, he achieves success. A true testament to the value of hard work.

So there you have it! A great list of films to inspire any modern marketer. We guarantee that whichever film you pick, you’ll be enlightened and inspired to make great business decisions. The next time you decide to unwind after work, kill two birds with one stone – learn something about marketing in the process AND have some amazing time watching amazing movies!