Ahoy there. Spoilers for Terminator: Dark Fate ahead!

Terminator: Dark Fate isn’t blowing the doors off the box office. It opened with a slightly disappointing weekend of $29 million: $1 million below expectations. In fact, the past three Terminator movies (Salvation, Genisys, and Dark Fate) all failed to meet box office expectations, throwing the future of the franchise in doubt.

Personally, I can’t get enough Terminator. I say keep them coming. 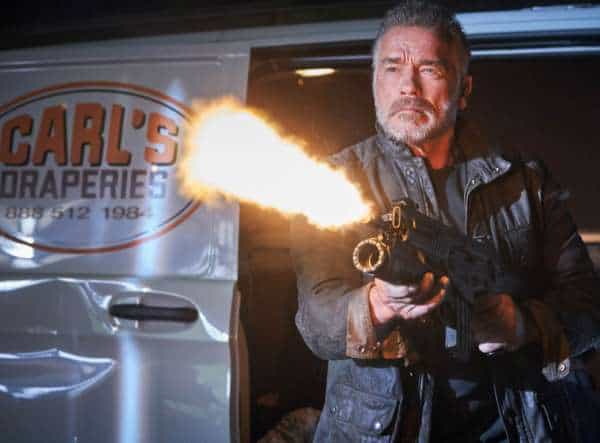 But you know what I would love, Love, LOVE to see? A Terminator TV series that chronicles the adventures of the T-800 (Carl/Arnold Schwarzenegger) meeting Alicia and her son Mateo. It wouldn’t need to be a badass action drama. It would work fine as an comedy, with a sprinkle of action here and there. I would imagine the plot would focus around Carl coming to grips with his existence and searching for purpose, with a little bit of a one man A-Team theme where he occasionally helps out people who are in trouble.

If you’re thinking that Arnold is too old for this, then remember that they de-aged him for Dark Fate. The de-aging technology is getting better and better. It’s getting to the point that they wouldn’t even need Arnold to participate. They could use a double on-set and replace him in post production, along with a synthesized Arnold voice.

What do you think? Would you watch a show like this?