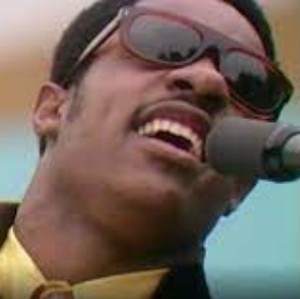 Ahmir “Questlove” Thompson presented his anticipated directorial debut on opening night of the Sundance Film Festival.  The movie documents the Harlem Cultural Festival that took place over six weekends in the summer of 1969.  This was the same summer as Woodstock.

The Harlem Cultural Festival featured performances that were just as amazing and significant.  The lineup included performances by Stevie Wonder, Nina Simone, Sly and the Family Stone, Mavis Staples, and Mahalia Jackson.


Yet this event was lost to history for fifty years as the footage sat in a basement.

The history behind Summer of Soul

The Black Panthers provided security.  While the concerts were a celebration of black pride, they may also have been held to prevent people from rioting.  1969 was a turbulent year.  Martin Luther King had been assassinated the year before.  People were protesting the Vietnam war.  There was a heroin epidemic going on.  And 21 members of the Black Panthers were put on trial.

What I love about Summer of Soul

While the film includes performances by B.B. King, Fifth Dimension, and David Ruffin of the Temptations that have not been seen in decades, it is more than a concert film.  Thompson interweaves interviews with performers and audience members and explores the significance of the year 1969.

One of the things we rarely get to see in movies about the black experience is black joy.  This film is chock full of it.  What is not to love about a young Stevie Wonder singing and performing an awesome drum solo?  As Broadway star Lin-Manuel Miranda says in an interview, “The power of the music is to tell our own stories.”

What happened to the footage of the Harlem Cultural Festival?

Skip ahead if you don’t want any spoilers.

One might assume that footage of the festival sat untouched in a basement because of laziness or forgetfulness.  But that’s not the case.  Maybe it was like the Muhammad Ali documentary When We Were Kings, and it took decades for the filmmakers to edit and finance the film.

No.  The truth is producer Hal Tulchin, who dubbed the event “Black Woodstock,” was unable to find anyone interested in the footage.  No movie studio.  No television network.  No one wanted to purchase and show this amazing footage.  It wasn’t deemed profitable enough and it was assumed there would not be enough public interest in it.

Summer of Soul looked like it might share a similar frustrating fate when it was not purchased during Sundance.  However, Searchlight Pictures has picked the film up and will release it theatrically and on Hulu later this year.

Final thoughts on Summer of Soul

I’m sad this movie is being released during the pandemic and not as many people will see it on the big screen (which would really add to the concert feeling).  It could have been a sleeper hit at the art house theaters and made them a lot of money.

Even if you end up watching this on Hulu on a tablet, it’s essential viewing.  It’s a perfect blend of music, history, and social commentary.  And it’s sure to leave a smile on your face.