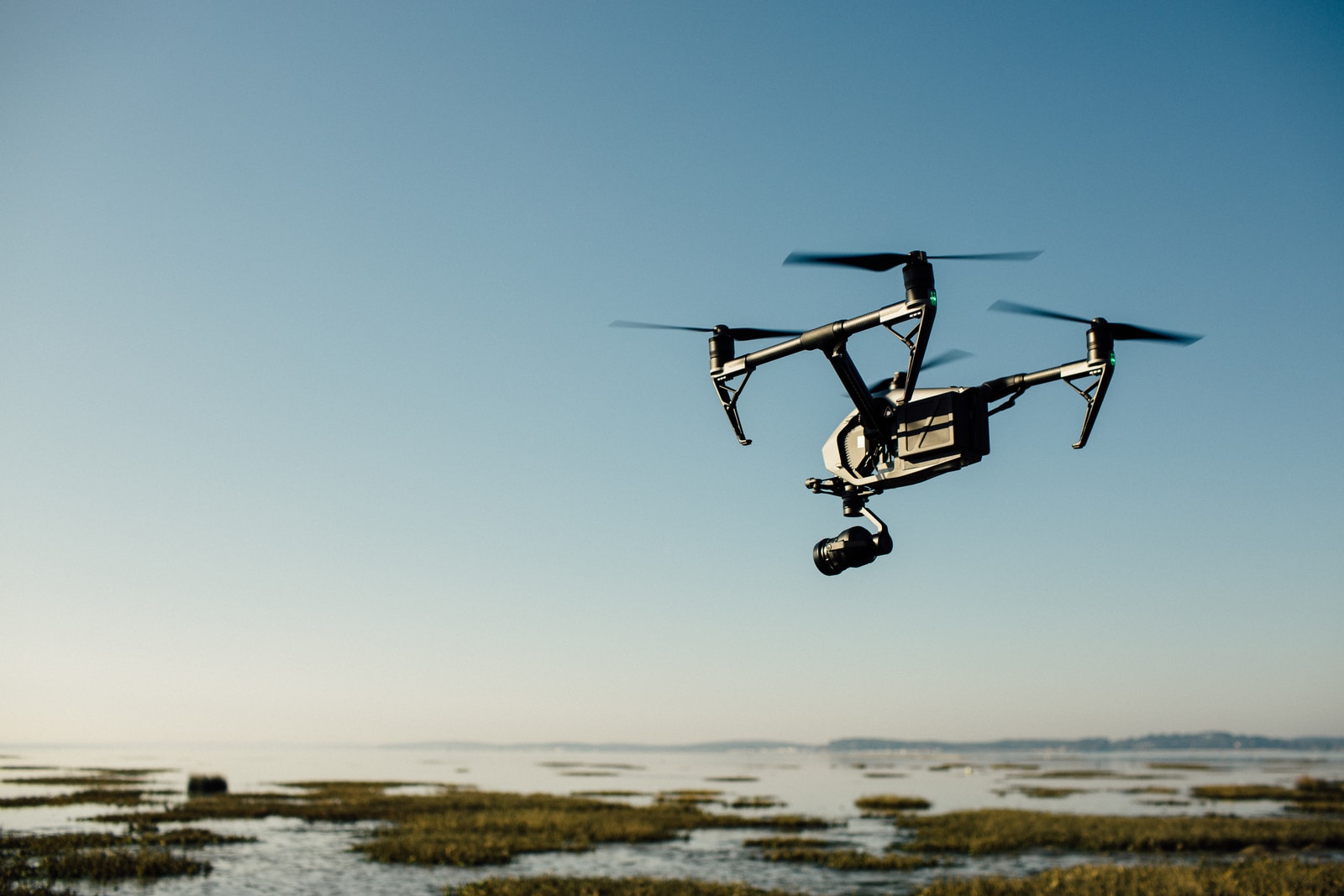 Drones have been used for quite some time, what was once an occasional tool in the hand of the directors in Hollywood are now regulars on the film set. The eagle-eyed can find one of the most prominent recent examples of how they’re now used to a significant effect on the Netflix movie, Red Notice, starring Gal Gadot, Ryan Reynolds, and Dwayne Johnson.

But why have they now become so common in modern aerial cinematography?


The increased use of drones and drone-mounted cameras has aligned with the development of the technology. The once static cameras found on these un-crewed aircraft now have varying focal lengths, more advanced camera sensors and lenses, the ability to film in ultra-HD resolutions, and fast frame rates. These features have allowed movie producers to create numerous unique and memorable shots over the years, and we’re going to take at some of the best examples below.

While this scene is short, it’s certainly memorable. In the adrenalin-filled, heart-thumping opener that sets the tone for another epic featuring the quintessentially British super-agent, James Bond, drones are used above the skyline of Istanbul. The Flying Cam is used to track the footage of Bond racing a motorcycle on the rooftops in the capital of Turkey as he hurtles after a terrorist who is hell-bent on wreaking havoc across the world.

The fourth movie in the ever-popular franchise is full of thrills and spills and utilizes drone technology to give a real sense of height, speed, and fear. Primarily shot using a RED Dragon camera (aptly named perhaps?), the scene that is shot in the theme park’s main thoroughfare is the perfect collaboration of movie magic. Combining aerial shots from the drone, and CGI of the dinosaurs in full flight gives the scene a real dynamic and epic feel.

Isolation has been a real issue for many during the recent pandemic. And this movie tells the story of Jason, who is struggling to come to terms with spending so much time on his own but somehow manages to find love amid the madness. The empty streets, shot from the aerial craft, really give a sense of what it’s been like; it’s arguably a chilling scene and certainly makes you consider how lucky we are to get back towards everyday life.

Not only is Expendables 3 full of high octane, explosive action featuring some of the world’s greatest ever action film stars, it also contains 30 scenes shot from drones, but none are as spectacular as the opener. The shots above the train are brilliant, full of bullets, guns, and speed; they add intensity and closeness to the action that others can’t match. It’ll certainly be interesting to see if drones are used again when the fourth installment heads into cinemas.

While not the most prominent shot in the movie, what is interesting about this shot is it’s another example of how directors can use aerial shots to great effect in scene-setting. From the setting on the beachside to the aerial view of the packed beach house, in which Jordan Belfort, played by Leonardo DiCaprio, first casts his eyes on his future wife, the drone shot gives a sense of just how epic the party is.