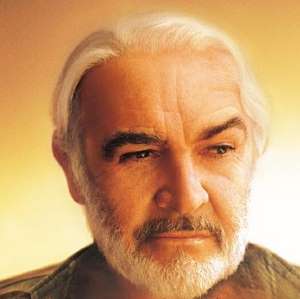 Sean Connery is a Hollywood icon. Beyond his role as the godfather of 007 — James Bond himself — he performed in hit movies such as The Untouchables, Indiana Jones and the Last Crusade, The Man Who Would Be King, The Rock (where his character is basically the 007 who got caught), The Hunt for Red October, and many more great films than we can sensibly list here.

But my all time favorite role he’s performed is as William Forrester in the lesser-known, but endlessly appealing, Finding Forrester.

In Finding Forrester you won’t see Connery shooting people, or using his larger than life presence to intimidate anyone, and the only thing he punches are the keys on his typewriter.  (PUNCH the keys, for God’s sake!) But what he does in this movie, far more than any other, is be delightful.


What genre is Finding Forrester?

IMDb lists Finding Forrester as as drama. I suppose that’s only because there’s no better genre to drop it into. If I could make up a genre to put this movie into I’d say it’s a charmer. Much like Shawshank Redemption or Good Will Hunting, Finding Forrester doesn’t follow the typical Hollywood formula or fit itself into a prescribed box. It’s just a nice simple story with equal measures of triumph, lament, and discovery. Much like the movie doesn’t try to force itself into a genre, the characters discover people that don’t really adhere to the roles society (and they themselves) have placed them in.

Speaking of Good Will Hunting, both it and Finding Forrester were directed by Gus Van Sant. (Aside, if you watch and enjoy this movie, then may I suggest Sea of Trees, also directed by Van Sant, which is equally charming.)

The two hours and sixteen minutes in this movie will transport you away from today’s woes, and it ends with a wonderful rendition of Over the Rainbow that you’ll want to play ’till the credits end.

Try not to cry. In the good way.

I’m being purposefully vague so you can enjoy this movie to its fullest. Maybe it’s not as good as Shawshank Redemption, or Good Will Hunting, but it’s not far from the bar those movies set so high. And Finding Forrester is just more fun.