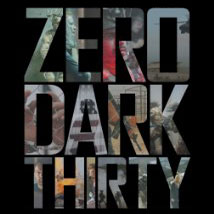 Kudos to director Kathryn Bigelow and writer Mark Boal for putting together a great story that must have been a tremendous challenge. Consider that Osama Bin Laden was killed just over 18 months ago. There must have been an amazing amount of research put into this screenplay. To do that research, write a story, edit and edit again and then make a movie in just 18 months is astounding.

The story begins with the September 11th, 2001 attacks – during the opening credits. We are then taken on a 10 year journey of interrogations, bombings, more interrogations, back door deals, etc. This is not an easy story to tell because there are so many details and names. Names that I can’t even pronounce much less remember from one scene to another.  However, I thought they did a good enough job of connecting the dots, sometimes repetitively, so that I didn’t get too lost. ( I’m also trying to take notes for peetimes which is distracting in and of itself. )


To reiterate: thumbs up on the story for keeping it connected. Someone less talented might have made an incoherent mess out of this.

The acting was top notch. Director Kathryn Bigelow gets a full tank of gas out of mostly unknown actors. Jessica Chastain – Maya – does a superb job. Looking back on it I’m very impressed that the script didn’t put the actors in impossible, and unbelievable, situations where they really had to *act*. Mostly they just have to do their job and occasionally get angry and frustrated. So while the story focuses on Maya it has very little to do with who she is, only what she does. That’s a whole new story to explore. And while that may happen some day that’s not what this story is about. It’s about the men and women who worked, and died, to track down Osama Bin Laden.