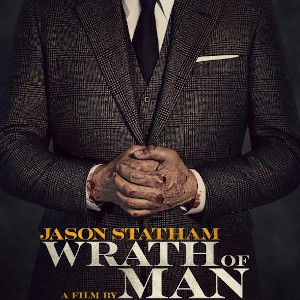 If you like Jason Statham, and/or the director Guy Ritchie, then you’re bound to enjoy this movie. I don’t think Wrath of Man will go down for either as their best work, but neither disappoints.

There’s a lot to like in this movie, but at the same time it’s hard to watch because of the violent realism. Of course everyone has their own threshold for enjoying violence. This movie went right up to the limit of what I personally can tolerate.


To me, the best part of the movie is the character building during the first 45 minutes or so. H (Jason Statham) barely says a word, yet we learn a great deal about him. Credit the writers on that.

Plot (Spoilers)
The plot follows H, a cold and mysterious character working at a cash truck company, responsible for moving hundreds of millions of dollars around Los Angeles each week.

The story is non-linear. There are many time jumps, both forward and backward. Each transition is preceded by an on-screen cue, so you don’t have to guess where we are in the story. However, I would question if adding time jumps was the best decision, as it robs the story of impending tension if we already know what happens, and then find out how and why it happened.

This movie definitely has Guy Ritchie’s touch of realism all over it. It’s dark, gritty and ultra violent.

I have to wonder if this story was written with Jason Statham in mind in the lead role, because it’s a perfect match for the type of character Jason inevitably portrays. Just once I’d like to see a movie where Jason acts outside of his comfort zone of the badass, cold hearted, killer role. Maybe he’s made a movie like that, but I’ve never heard of it.

About The Peetimes: I have 3 Peetimes for you spaced out nicely through the movie. I would recommend the 2nd Peetime. You won’t miss any action or plot development. The 3rd Peetime is for Emergency use only because there is a major plot reveal, however it is the last scene before the end movie action begins.

There are no extra scenes during, or after, the end credits of Wrath of Man. (What we mean by Anything Extra.)