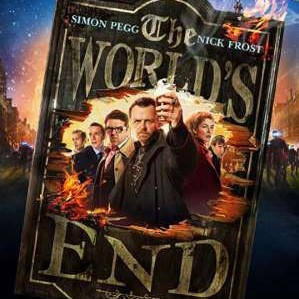 My wife and I were really looking forward to World’s End because we loved Hot Fuzz and Shawn of the Dead so much. While there were quite a few laughs in World’s End, we found the story to be ridiculous to the point of being absurd. By the end it felt like they were just making things up to bring it to some grand climatic ending. After one scene we looked at each other and said, “Seriously? Did they just do that?”

Aside from some decent humor, I did like the fight scenes. They were totally unrealistic, but nevertheless fun. The characters in the movie are all just average middle aged men, but they showed surprising agility in fighting, especially Nick Frost as Andy. It was a hoot to see him turn into a warrior.

I’d save this movie for DVD.

About The Peetimes: There is only one Pee Time coming at 44 minutes and giving you 4 minutes to break. The 4 minutes are mainly dialog driven with little action.

There are no extra scenes during, or after, the end credits of The World’s End. (What we mean by Anything Extra)