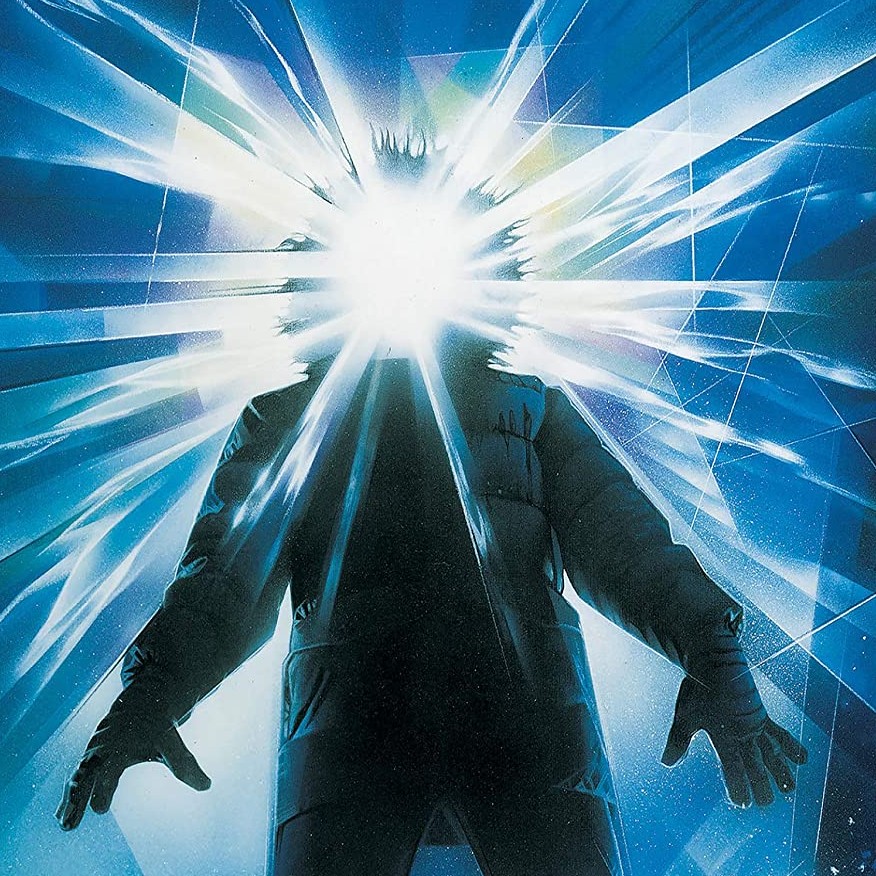 John Carpenter’s The Thing is an all-time classic in my books. Sci-fi, horror, mystery, suspense, it has it all. Twelve men isolated in an Antarctica post over the winter. Having to deal with an unknown and unimaginable terror. The story really excels at the feeling of isolation and not knowing who to trust. It gets under your skin, literally!

The Thing (monster/alien) can be any living thing or anyone. So showing it changing forms was a must. For the time, they were groundbreaking special effects. They’re all done practically without computer graphics or animation. I’m sure some people might think it feels a little dated. But in my book, it holds up well. The effect still will get some people thinking things look disgusting and get a gut reaction out of them. Which to me, means it is still working.


John Carpenter’s The Thing inspired me and others with his film. I found out it was a reimagined version of an older 1951 film called The Thing from Another World. Which was based off of a book from the 1930s called Who goes there? or Frozen hell depending on the version from author John W. Campbell Jr. (Turns out he had a few versions as the story kept evolving in his head) that makes this a story almost a hundred years in the making (as of 2022).

Of course I had to track down the inspiration sources for John Carpenter. I have seen and read all of it. 1982’s The Thing grabbed the paranoia exceptionally well from the original source material. While doing what the 1950s couldn’t do by showing the audience, the creature changing forms. What the book still has, that is difficult to transfer to screen, is how the scientists knew. Supposedly, the Thing could read your mind. So if you try to trip it up with “something only your best friend would know” It could know it. Which takes the paranoia to an even higher level. But of course the book was made in the 1930s so some of the ideas and scientific jargon is dated; same with the 1950s movie. But the inspiration and the fear it made you feel… That needed a fresh paint job and John Carpenter did it well.

Many other filmmakers were inspired by John Carpenter’s The Thing and referenced it. While making their own mark on film history.

Of course, the story doesn’t end there. Others wanted to explore the story more. There were some comics and a prequel movie was made in 2011. More recently a board game was created so you could be in the story.

If you haven’t seen John Carpenter’s The Thing 1982 you should. It is part of film history. And if you’re a fan like me, let’s go rewatch it again on a cold winter night. Like the REAL Antarctic scientists did from time to time.

Tell a friend to see it?
Yes absolutely.

Would I rewatch it?
Yes, at least once every couple of years.

Must-see in theaters?
No.

I was too young for the original release. Would be fun though with like-minded people. So adding it to the bucket list of seeing it in theaters once if I can. Maybe one of the anniversaries.

There are no extra scenes during, or after, the end credits of The Thing. (What we mean by Anything Extra.)

A US research station, Antarctica, early-winter 1982. The base is suddenly buzzed by a helicopter from the nearby Norwegian research station. They are trying to kill a dog that has escaped from their base. After the destruction of the Norwegian chopper the members of the US team fly to the Norwegian base, only to discover them all dead or missing. They do find the remains of a strange creature the Norwegians burned. The Americans take it to their base and deduce that it is an alien life form. After a while it is apparent that the alien can take over and assimilate into other life forms, including humans, and can spread like a virus. This means that anyone at the base could be inhabited by The Thing, and tensions escalate.