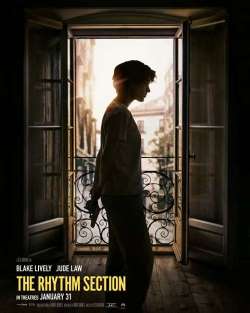 I can certainly say The Rhythm Section is much better than I expected. But then, I wasn’t expecting much.

What I liked the most

Also, each character who fights is fighting for their lives. There isn’t too much killing in this movie, but they make every character real. Too often we see the good guy kill the bad guy pawns too easily, and then the pawns always die quickly and quietly. It always irks me when a henchman gets shot in the belly and just falls down dead because they’re not a named character. That doesn’t happen in this movie.


Beyond that, even though Blake Lively’s character, Stephanie Patrick, is out for revenge, she still struggles with killing. Again, it feels real. She doesn’t become a killing machine. She still has her morals.

It never felt like this was a movie where there was anything to figure out. Stephanie is given missions to kill people, all of whom are in some way, conveniently, connected to her revenge. But in the end it turns out there was an underlying plot that wasn’t revealed — even though it was a little cliched. I think it would have served better if it were obvious that there’s something to figure out as Stephanie goes on her revenge tour.

I’d normally give this movie a middling C-grade, except I really enjoyed the realism of the action, which is almost always done poorly in this genre. Because of that, and Blake Lively’s performance, I’ll give it a B.

About The Peetimes: I highly recommend the 2nd — middle — Peetime. That’s an easy scene to miss that doesn’t involve any character or plot development. The 1st Peetime is good, but dramatic. The 3rd Peetime is horrible and should only be used in an emergency.

There are no extra scenes during, or after, the end credits of The Rhythm Section. (What we mean by Anything Extra.)

Rated (R) for violence, sexual content, language throughout, and some drug use
Genres: Action, Drama, Mystery

chevron_left Star Trek does Groundhogs Day! The Next Generation Episode: Cause and Effect
Is there anything extra during the end credits of The Rhythm Section? chevron_right