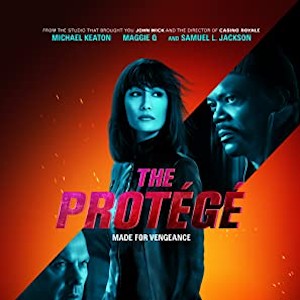 I didn’t have high expectations going in, and so I wasn’t disappointed. It’s a decent movie with some nice dialog that will make you laugh. Mostly delivered by Michael Keaton, of course.

Plot (Spoilers)
Rescued as a child by the legendary assassin Moody (Samuel L. Jackson) and trained in the family business, Anna (Maggie Q) is the world’s most skilled contract killer. But when Moody — the man who was like a father to her and taught her everything she needs to know about trust and survival — is brutally killed, Anna vows revenge. As she becomes entangled with an enigmatic killer (Michael Keaton) whose attraction to her goes way beyond cat and mouse, their confrontation turns deadly, and the loose ends of a life spent killing will weave themselves even tighter.

The action was solid, but not spectacular. Maggie Q. was believable in her role as a badass assassin. As advertised, this movie is from the studio behind the John Wick movies, which really doesn’t mean crap. But Maggie Q. is very much a female John Wick. But don’t expect anything nearly as entertaining as the Wick movies.


If there’s a disappointment to the story, it’s the plot. I’m pretty sure there was a plot, but it was a little slippery, so it was hard to grasp exactly what they were going for. I pretty much gave up trying to piece it together and just enjoyed the action and dialog.

Lastly, I’d point out that there is some pretty good cinematography around some of the action scenes. Not spectacular, but better than most.

About The Peetimes: The last one is the one we recommend. You won’t miss a beat if you use it. The first Peetime is good, but we meet a new character immediately after the Peetime ends, so don’t be late.

There are no extra scenes during, or after, the end credits of The Protégé. (What we mean by Anything Extra.)

chevron_left RunPee Weekly Newsletter #75 (August 18th, 2021)
Is there anything extra during the end credits of The Protégé? chevron_right