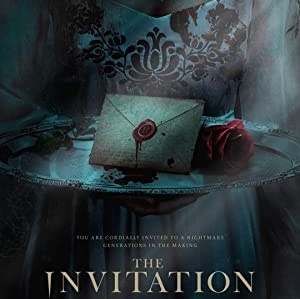 The Invitation was on par with what I’ve been reading. It was good but not great. There were great aspects but they didn’t pull it off consistently.

I have no problem with the acting, they were all wonderful in their own ways. Especially Thomas Doherty as Walter, he has an intense screen presence that oozes sex appeal. Sadly, it was rated PG-13 so we didn’t get to see too much of that sex appeal.


The movie wasn’t as scary as I was hoping but while reflecting on it this morning, I think that was a good choice. It was intense at moments but it wasn’t Hollywood gore intense. Simply understated would be a good description. The sets were another cool aspect. Visually they hit the nail on the head.

While I liked the movie it did feel a little rushed at the ending. There was such a long build-up of the story that the ending most assuredly needed more of an impact. It’s the end that slightly disappoints. They could have added five more minutes and done a lot more to improve the overall quality of the film.

About The Peetimes: There are 2 solid Peetimes for you to choose from. My money is one the 1st one, the 2nd is doable but the scene is visually appealing to see, so that’s an emergency choice only.

There are no extra scenes during, or after, the end credits of The Invitation.

Plot
A young woman is courted and swept off her feet, only to realize a gothic conspiracy is afoot.