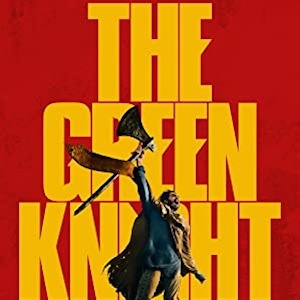 The Green Knight is thick with symbolism but thin on understanding. At least that’s how I see it because I have no clue what I’m supposed to get out of it. I wish Joseph Campbell was around to review this movie and critique the symbolism. If the director were to release an annotated version of The Green Knight that explains all of the symbolism in the movie, he would either be seen as a genius or an idiot.

Plot (Spoilers)
An epic fantasy adventure based on the timeless Arthurian legend “The Green Knight,” telling the story of Sir Gawain (Dev Patel), King Arthur’s reckless and headstrong nephew, who embarks on a daring quest to confront the eponymous Green Knight, a gigantic emerald-skinned stranger and tester of men. Gawain contends with ghosts, giants, thieves, and schemers in what becomes a deeper journey to define his character and prove his worth in the eyes of his family and kingdom — by facing the ultimate challenger. From visionary filmmaker David Lowery comes a fresh and bold spin on a classic tale from the knights of the round table.

Here’s a really simple example of why I’m not satisfied with the movie. Early in Gawain’s journey, he comes to a crossroads. The symbolism of a crossroads is painfully obvious: it’s when a character is faced with making a decision and must choose a path, or it can be a place between two worlds where supernatural events become possible. But his journey has just begun, and in the scene, he simply pauses a moment and turns right, and…nothing supernatural happens.


If the crossroads is meant to imply that Gawain has entered the realm of the supernatural, then the director has forgotten that the Green Knight has already visited Gawain’s home castle — so the realm of the supernatural is already established. It feels like the director made a movie that is a catalog of his favorite symbolic scenes, but none of them have any meaning. There are a dozen more scenes that were saturated with symbolism but bereft of meaning.

Everyone is sure to enjoy the beauty of the cinematography in this movie. There are countless gorgeous scenes. Although it must be said that great cinematography for a movie set in Ireland is almost a cheat. Just point your camera in any random direction and you’re likely to have a prize-winning shot.

Some interesting trivia: the castle used in the movie is Cahir Castle in Ireland, which notably was also used in the filming of the 1981 movie Excalibur.

The acting was magnificent, and I’m talking specifically about the talented Dev Patel. He did much more than deliver his lines with aplomb. And that’s good because the dialog in this movie wouldn’t fill a travel brochure. Patel has an incredible range of expressions and he got to put them to good use in this movie.

What I’m going to enjoy the most about this movie is watching the video essays that are sure to come after the movie is released on DVD/streaming. Then some really talented film critics can watch the movie over and over and make a case for either how amazing it is, or how it completely misses the mark.

About The Peetimes: I have 3 good Peetimes in the 1st half of the movie. But there are no Peetimes for the 2nd half because the symbolism is so thick that there’s no hope of summarizing what happens.

There are extra scenes during, or after, the end credits of The Green Knight. (What we mean by Anything Extra.)