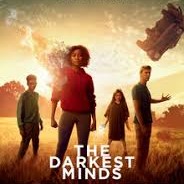 Here is yet another Young Adult Dystopian film that feels a lot like many others that came out of last decade’s love affair with young people who are either 1. the Chosen Ones or who have 2. Superpowers. Sometimes both apply. These characters even ask themselves what Harry Potter characters they would be in “real life”…and we come full circle between a meta-moment and in-narrative story telling.

In The Darkest Minds Children/Teens are placed in experiments (like The Maze Runner), or killed outright to save society (as in The Darkest Minds/The Hunger Games). They are abandoned in city simulations for unclear reasons (look to Divergence). And there are dozens of one-and two-shot similar films that will never find a filmatic resolution, box office stakes being too small to serve their small but ardent fanhoods.

[pullquote]Rule Number One: Make a good movie. Rule Number Two: Make a good movie. Lord of the Rings crashed and burned many times before settling on when Peter Jackson got it right.[/pullquote] And then he still lost his touch with 75% of The Hobbit. Watership Down — referenced often, appropriately even, still hasn’t found a way to make this long, traumatic, yet ecstatic epic come to life.
-----Content continues below------


There’s a reason so very many sci fi classics haven’t transferred to the big screen. Your material can be momentous or tripe, but if you have the triumvirate of good individual actors, good chemistry between them, and a director who’s on the right emotional page as the story, it will be a good movie. For a GREAT movie, you need a few more things. (I’ll save that topic for another day.)

So, what is The Darkest Minds? It’s somewhere between a decent movie and a good one. It might spawn a sequel. The kids need to grow into their roles (which actually did happen in the meta-referenced Harry Potter and at this point can’t happen in The Chronicles of Narnia). They need stakes more than the “oooh, mutants are scary, and mutant kids are scarier” line of thought that sent the Divergent series into final oblivion.

The Darkest Minds is pretty, and it’s fluffy, and it might have a chance. I’m hard on this genre, as it is one of my favorites. I’m going to think over this and possible adjust my grade.

About the Peetimes: Lots of scene changes happen in this YA origin story. You’ll be fine with any of the 3 Peetimes, although the 1st 2 are better. The 2nd Peetime is recommended, if you can manage it.

Sad, Sorry YA Franchises That Never Finished Their Stories