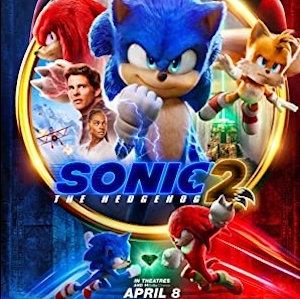 I’m giving this movie a B, not because I really enjoyed it but because I think it appeals to the target audience: 6-10-year-old kids.

The voice acting by Ben Schwartz as Sonic, Idris Elba as Knuckles, and Colleen O’Shaughnessey as Tails was great. That in combination with simple, but well-done animated expressions brought the three main characters to life. Honestly, their acting was better than the live actors.


The story carries a simple message about leadership and friendship that is easy enough for young kids to understand—teammates who work together can always defeat selfishness.

There are a handful of jokes that only adults are likely to understand, mostly from Dr. Robotnik’s dialog, that is worth a few chuckles. Jim Carrey has announced that he’s retiring from acting, so this might be your last chance to see him in a new movie. Frankly, he deserves a better final act, but this is what we have.

About The Peetimes: I would recommend the third, and last, Peetime. The last hour of the movie is jam-packed with action and antics.

There are extra scenes during, or after, the end credits of Sonic the Hedgehog 2.

Plot
After settling in Green Hills, Sonic is ready for more freedom, and Tom and Maddie agree to leave him home while they go on vacation. But, no sooner are they gone, when Dr. Robotnik comes back, this time with a new partner, Knuckles, in search for an emerald that has the power to both build and destroy civilizations. Sonic teams up with his own sidekick, Tails, and together they embark on a journey to find the emerald before it falls into the wrong hands. Being directed by Jeff Fowler, and starring Jim Carrey, James Marsden, and Ben Schwartz.