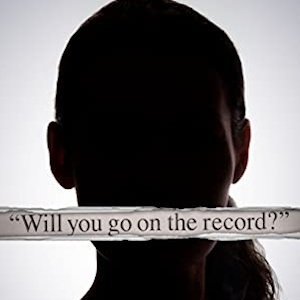 I confess a fondness for this genre of movie—investigative drama. It was obvious what the movie’s general theme was going in, but I hadn’t seen a preview, so I didn’t know any specifics. I got caught up in the story many times and almost forgot to add Peetimes.


As good as Carey Mulligan, as Megan Twohey, and Zoe Kazan, as Jodi Kantor are it’s really the performances of the women who played the victims of Weinstein’s sexual assault who stand out. It’s tragic to think that some of these actresses may have been drawing from real-life experiences in their performances. In every scene that the victims were in their emotions hit the mark.

The pacing in the movie is outstanding. There are very few wasted scenes. Even though we know the outcome of the events there’s still a feeling that the reporters may not be able to make their case which gives the last hour of the movie terrific mounting tension. That’s a great testimate to the writing and directing.

If I could change anything in the movie it would be to make more of a story around the people and system that supported Weinstein. It was included, but I think it needed more. In my humble opinion, Harvey Weinstein, and people like him, are sick and need to be treated. Sexual abuse is complex, but it would be so much simpler to deal with if there were no system of support for them.

I think the people who enabled Weinstein are the real villains. Whether it was self-interest, sexism, greed, or whatever, those people decided to not only look the other way but spent millions of their own money to prop up Weinstein. That’s beyond sick. They should face repercussions.

Clearly, the #MeToo movement was able to break down a lot of those support systems. I’m sure that none of the real-life people involved in this movie could have anticipated that just six years later Hollywood would be transformed to the point that a movie would be made about the sexual abuses of one of the biggest names in the industry. Not that the work is done, but kudos to the staff and reporters who really broke open the floodgates.

And while I’m on it, Ashley Judd is my new hero. I knew she was involved in the Weinstein investigation, but I had no idea what an important role she played.

This movie is going to clean up at the Oscars. Is it deserving? Yes. But if there’s one constant in Hollywood it’s that they love to pat themselves on the back. Oscar voters won’t be able to resist lavishing every award possible on this movie. It’s like they say to themselves “Hey, we all knew that Weinstein was a predator and at best we did nothing, or at worse we enabled him. But now we see how wrong we were and we’re giving this movie all these Oscars because we’re the good guys now.”

About The Peetimes: I highly recommend the 2nd Peetime if you can hold out that long. It’s near the middle of the movie. The second half of the movie is packed with drama and reveals into the investigation. I couldn’t find even a bad Peetime during the last hour of the movie. Please plan accordingly.

There isn’t anything extra scenes during, or after, the end credits of She Said.

Plot
New York Times reporters Megan Twohey and Jodi Kantor break one of the most important stories in a generation — a story that helped launch the #MeToo movement and shattered decades of silence around the subject of sexual assault in Hollywood.

chevron_left RunPee Weekly Newsletter #140 (November 16th , 2022)
Is there anything extra during the end credits of She Said? chevron_right