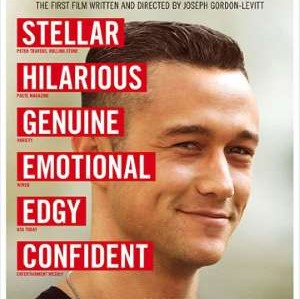 Basically, this is a movie about how a man might view sex. It’s incredibly honest and doesn’t hold back. But a word to women: this is obviously an extreme case, so don’t be fooled into thinking this is what all men think about. It isn’t. But it’s what most men think about, at least sometimes.

Two things that I really appreciated about the movie was how it went in unexpected directions. I’m not going to say where it goes, but I didn’t see it coming. Secondly, going into the movie I had my reservations because it’s less than an hour and a half long, not including the credits. Usually short movies like that sacrifice character development — or plot, or something else — in order to be so short. Not this film. The pacing was snappy. It moved right along and gave us exactly what the audience needs to see and nothing else. At the end I wasn’t left wanting more.


Kudos to Joseph Gordon-Levitt for writing, directing and staring in this film, and doing such an outstanding job in the process.

About The Peetimes: Both peetimes are good and plenty long, but I’d personally recommend using the second peetime. It has a lot of short scenes that are very easy to summarize.

There are no extra scenes during, or after, the end credits of Don Jon. (What we mean by Anything Extra)