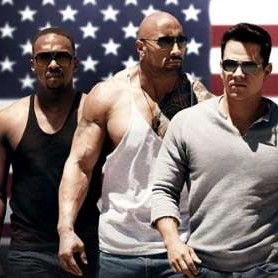 As I’m sure you know, Pain & Gain is based on a true story that took place in Miami, FL in the 90s. Michael Bay took an unfortunately comical event and made a pretty decent movie out of it.

Mark Wahlberg and Dwayne Johnson were the perfect people for their roles. They’re both serious exercise-aholics, each with their many personal quirks. Dwayne Johnson’s character has found and accepted Jesus Christ as his own personal savior, which just adds multitudes of comedy to the movie itself.

Victor Kershaw, played by Tony Shalhoub, was an unlikable character from the start, although you do have a little bit of sympathy for him towards the end. Ed Harris played his usual tough guy self, and did it very well. Rebel Wilson is one of my favorite actresses and I was fairly sad that her role was so small. She and Anthony Mackie had pretty good chemistry together.


All in all, this was a good movie that’s worth the admission, though I think one viewing is enough for me. The movie is a little bit longer than necessary, but if you like the actors/actresses, then you’re good to go. Enjoy the movie!

About The Peetimes: The movie is pretty long. I found a good time at 38 minutes in, and then for finding another time I took my cue from the audience. I noticed that at a little past an hour into the movie, a lot of people were getting up. So at that point I started looking for another one for your needs. My second peetime I think is the best time, because it is basically half way through.

There are extra scenes during, or after, the end credits of Pain & Gain. (What we mean by Anything Extra)