There are two mid-credit scenes, and then nothing after that.

The credits roll for 1 minute before the first extra scene that lasts for about 1 minute.

Then the credits roll for another minute before the second extra scene that rolls for about one and a half minutes.

There’s nothing extra after that.

The credits run for approximately 11 minutes. 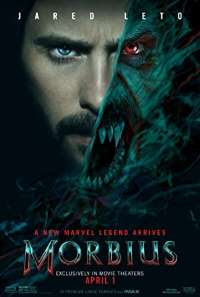 We have 3 Peetimes for Morbius. Learn more.

About The Peetimes
We have three good Peetimes to choose from where you won’t miss any action.

Plot
Dangerously ill with a rare blood disorder, and determined to save others suffering his same fate, Dr. Morbius attempts a desperate gamble. What at first appears to be a radical success soon reveals itself to be a remedy potentially worse than the disease.