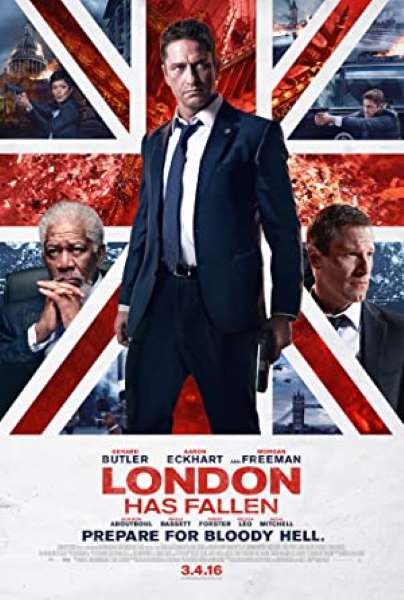 Critics hate this movie, but I think the creators did a pretty good job of making a movie that lands near the bulls eye for movie goers who like action, revenge, violence, and good guys vs bad guys. I’m not saying this movie is anywhere near a classic of the genre, but it is an adequate addition.

There was some a good amount of humor. I think the audience LOLed at least three times, and had a number of chuckles.

The movie does a good job of building tension, even though we know what’s coming. I know my heart rate increased a little.


The action is about as good as it was in Olympus has Fallen. The plot and motivation for the bad guys was believable.

If you enjoyed Olympus has Fallen, then I don’t think you’ll be disappointed with London Has Fallen.

About The Peetimes: Both peetimes are pretty good. The first one has a little bit of action at the end–nothing major. The second one has a nice moment between the President and Banning. Take your pick. #1 A good peetime. There’s a little exposition that is very easy to explain. The peetime ends with an action scene. #2 Great peetime. No action and all of the exposition is stuff we already know. There is a nice moment between the President and Banning at the end of the peetime.

There are no extra scenes during, or after, the end credits of London Has Fallen. (What we mean by Anything Extra.)