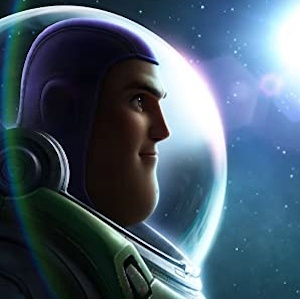 Lightyear was fun and somewhat unpredictable, but it doesn’t live up to the epic expectations set by previous Pixar movies.

Let’s face it, Toy Story, Up, Finding Nemo, Inside Out, Incredibles, et al. have set the bar sky-high. If you expect Lightyear to join those ranks then prepare for mild disappointment.


There’s nothing wrong with Lightyear; it’s a good movie that reveals the details of Buzz’s adventure facing the Zurg Bots. But it doesn’t have the same visceral impact that many of the great Pixar movies have.

Without revealing any spoilers, the message the movie illustrates, the “moral of the story,” is trusting yourself, and trusting others, to help you solve a problem. It’s not groundbreaking. It’s what all of the Toy Story movies have in common. It’s a good lesson for people young and old to learn, or at least be reminded of.

The animation was gorgeous, which is to be expected. All of the voice actors did a great job.

I feel that the only real shortcoming of the movie is that the Junior Zap Patrol characters didn’t get quite enough character development—specifically Mo and Darbey. Most of their character development came in the form of telling, and not showing. However, the movie is 93 minutes long as it is, not counting the end credits that run 11 minutes. I suppose they wanted to keep the runtime down at the expense of sacrificing the character building.

Even though this movie is presumably the backstory for Buzz Lightyear, we are still told a huge chunk of Buzz’s backstory in this movie. The scene where this takes place is only a few seconds long, but it should have been the basis for this movie. Instead of jumping into Buzz’s character in the middle of his story, we should have begun in the very beginning: where he was training to be a Space Ranger.

That could have very easily been an entire movie’s worth of story and it would have fleshed out Buzz’s relationship with Commander Hawthorn more which would have made the events of this story much, MUCH, more poignant.

I don’t understand why, in a world where studios desire to make franchises out of everything imaginable, they keep telling instead of showing.

About The Peetimes: The 1st and 2nd Peetimes are pretty good. If possible I’d suggest using the 2nd Peetime. The 3rd Peetime was added in case of emergency only.

There are extra scenes during, or after, the end credits of Lightyear. (What we mean by Anything Extra.)

chevron_left 5 Quirky Facts About Elvis Presley You Might See In “Elvis” The Movie
Is there anything extra during the end credits of Lightyear? chevron_right