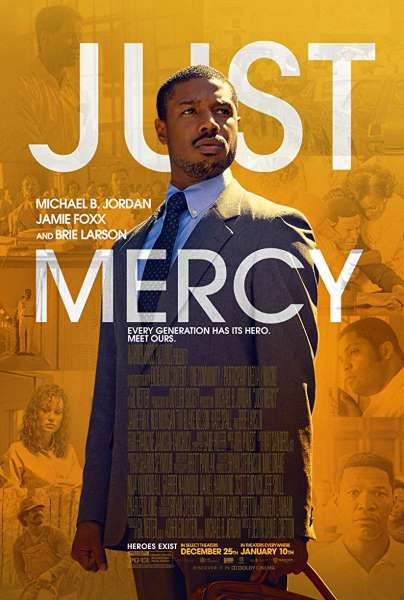 This isn’t just another twisted racist movie about white cops harassing and arresting black folks. No, this one has a little different spin to this true story, and well presented, I might add. Since we all may be too familiar with movies about poor “race relations,” I will keep this review brief to avoid spoilers.

I was pleasantly surprised about the storyline and how the events unfolded. Brie Larson and Michael B. Jordan did an excellent job. At first, I thought that Michael was too timid and maybe inexperienced for this type of role, but then I remembered his character being a young recent graduate from law school, who then moved from the east coast to the south to pursue law for free. I realized he wasn’t inexperienced per the role for the movie, but for the role as a recent attorney thereof. The intensity and complexity of his good intentions truly got the best of his mellow and mild-mannered Harvard essence at times. Good job Captain Marvel and Killmonger; I mean, Brie and Michael. LOL!

Pay attention to the contrast between the white and black neighborhoods, the mentality of the people in the town, and how there was zero KKK presence. Interesting! Let me know below in the comment section what stands out to you during the movie.

Again, a good dramatic story deserving a solid A, illustrating why we should always do the right thing for the right reasons.

About The Peetimes: Although this movie is very emotional, it wasn’t too hard picking Peetimes. I avoided scenes that were intense or relevant to the climax of the story. There are 3 Peetimes. I recommend the 2nd one.

There are no extra scenes during, or after, the end credits of Just Mercy. (What we mean by Anything Extra.)

Is there anything extra during the end credits of Just Mercy?