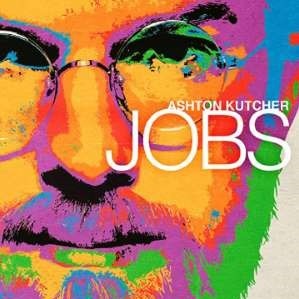 I went into this movie not knowing anything about Steve Jobs except that he had something to do with Apple. This really isn’t my kind of movie. It made me super sad. I had no idea he was such a mental case. Ashton Kutcher did a great job. I was expecting Weldon from Two and a Half Men. Jobs was anything but…he definitely brought some drama to the screen, for sure.

I’ve read some critical reviews, and they all pretty much say this movie moves at a snail’s pace. I guess not knowing anything about it helped me personally. I didn’t notice the snail’s pace since it was all new to my eyes. A friend saw the movie and said they were bored to tears. He is a tech guy, so he already knew all the drama behind Jobs.

In my opinion it was okay. When I left the theater and went home I Googled him so I could learn more about the guy. That says a lot to me. Normally with movies like this I forget them as soon as I leave. This one made me want to know more.

About The Peetimes: I would go for the second peetime if I were you. The first one is where you meet some of the characters for the first time. The second one was easier to sum up in my opinion.

There are no extra scenes during, or after, the end credits of Jobs. (What we mean by Anything Extra)