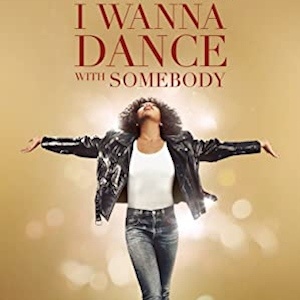 Prior to this movie what I knew about Whitney Houston was that she sang the national anthem for the 1991 super bowl. It was noteworthy to me because… Wow! She hit it out of the park and then some, and the first Gulf War was beginning and so it made it that much more patriotic.

If this movie weren’t based on a true story, I’d say it sucked because it plays like an over-the-top story of a generational talent haunted by people in her orbit sucking her dry and her inner demons. She married into a destructive relationship, got caught up in drugs, and her family life imploded while she was a little girl and her stardom only made it worse. The story incorporates every trope possible.


But it is a true story. She was a paragon of tortured talent.

Technically, the movie was sound. It was long, but I never felt like it dragged on too much. It felt like the script covered all of the major events and adequately showed the emotional evolution of the characters without diving into any single one of them to a degree of boredom. There was enough material that the script could have focused singularly on her marriage or on the father-daughter relationship, or even the mother-daughter relationship, and filled up a two-hour movie. But instead the script, wisely I think, skims the surface of all of the relationships and keeps the focus on Whitney.

Naomi Ackie and the crew did a fantastic job of synching her up with Whitney’s vocals. There was never a point in the movie that I could tell that it wasn’t actually the actress singing. I knew the musical numbers couldn’t be the actress because you don’t just grab someone off the street, no matter how talented they are, to mimic a generational talent.

The supporting actors did a good job. Clarke Peters was immensely unlikable as her father, which was the point. The combination of his glare and tone would scare a bear. And of course, Stanley Tucci was perfect as always. The casting director should get major props for choosing him to play Clive Davis.

About The Peetimes: I have two recommended Peetimes in the middle of the movie, bookended by emergency Peetimes before and after. None of the Peetimes have any good song scenes. The 3rd Peetime has a little bit of a music montage, but there’s really not much singing in it.

There are extra scenes during, or after, the end credits of I Wanna Dance with Somebody.

Plot
A joyous, emotional, heartbreaking celebration of the life and music of Whitney Houston, one of the greatest female R&B pop vocalists of all time, tracking her journey from obscurity to musical superstardom.