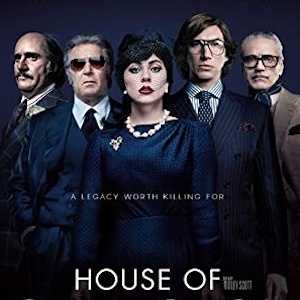 Ridley Scott is at it again. House of Gucci was an amazing glimpse into a decadent lifestyle that most of us will never know. It isn’t just the story of their lives: there are so many more layers to this movie, spanning from actual events to glamour and shamefulness.

Lady Gaga as Patrizia Gucci was intense. That’s the best way to describe her; everything about her was intense. From her drive to be wealthy, right down to the way she danced. There wasn’t a moment in this movie that she didn’t give it her all. I hope she wins awards for this performance. She’s certainly not likable. That woman was nuts. Her portrayal of Patrizia sparked an interest in me that has me doing research on their lives.


In my book, that’s a great movie — if I leave the theater wanting to know more, they nailed it.

Adam Driver was also stupendous. Again, just like with Lady Gaga, he brought a top-notch performance to the screen. I loved him and I hated him, most definitely envied him. Well, at least until he was shot. I didn’t envy him then.

Jared Leto as Paolo Gucci blew me away. He was most definitely in the acting zone. Truth be told, I didn’t recognize him. They did such an awesome job on his makeup that I had to open IMDB during the movie to verify it was him. Just, wow!!

With the movie being almost 2 1/2 hours long they were able to really explain what was going on in all the different minds that were spiraling out of control. It’s a slow mover, but for a very good reason.

House of Gucci made a very good point: just because you have money, you don’t necessarily have common sense, or morals, or the slightest clue of what’s going on around you. This was a tragic understanding of an elite family going down the toilet.

About The Peetimes: This is a really long movie. I found 3 Peetimes for you, but the last one I only stuck in for emergencies.

There are no extra scenes during, or after, the end credits of House of Gucci. (What we mean by Anything Extra.)

Plot
House of Gucci is inspired by the family empire behind the Italian fashion house of Gucci. When Patrizia Reggiani (Lady Gaga), an outsider from humble beginnings, marries into the Gucci family, her unbridled ambition begins to unravel the family legacy and triggers a reckless spiral of betrayal, decadence, revenge, and ultimately…murder.