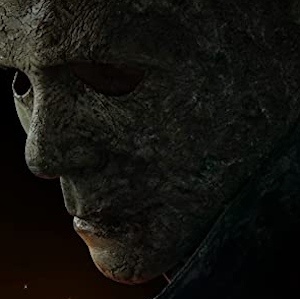 Halloween Ends will be one of my trickier reviews to write. I have my opinion and my daughter’s opinion plus the barrage of reviews that I’ve gone over this morning. I see some scathing reports of disappointment and outright hatred of how they ended the trilogy. My daughter was so angry she accidentally left her phone inside the theater. We were the final people still in our seats when the credits ended and she shouted, “WTF?” It echoed. She and I are very close and almost always agree on movies, especially horror movies because that’s just who we are. We were both wearing our Michael Myers shirts and socks ready to cheer on the villain of the century. Can you imagine how devastated we were when it took them almost an hour to show Michael? This should have told me that they decided to take the spotlight off of our knife-wielding, never dying, killing machine and instead focus on Corey Cunningham. (Rohan Campbell) Who do they think they are?! That’s not the way it’s supposed to go down according to all the laws of horror movies!


Our heroine, Laurie Strode, is just as bad a$$ as usual, with the exception of being a happy homemaker that bakes pies. Huh?? Laurie is supposed to be holed up in her safe house planning her next line of defense against her very unbalanced stalker of the century. I’m sitting in the theater and I’m like, what happened? Shocked again.

There is a reason for all of these wtf’s. A line from the movie, “Evil doesn’t die, it changes shape.” That line is very poignant and the backbone of the movie.

So finally we’re at the end of the movie and I’m eating my words, taking back all my negative comments and admitting, I loved it. They stepped outside the box and brought it full circle. This was a mind-bender, life-ender movie. Michael Myers is gone but will never be forgotten.

I have one final thing I want to mention: watch closely and see if you can pick out all of the nods towards “Christine” (Stephen King’s masterpiece of an evil car) There are a lot of them, which made me seriously happy since that is my favorite movie in the whole wide world.

About The Peetimes: I have 2 solid Peetimes and 1 emergency Peetime. For those who are a fan of the franchise, and who isn’t, there are lots of important details throughout the movie, including in the Peetimes. That made choosing Peetimes especially difficult for this movie. There were some lesser of two evils choices for me to make.

There are no extra scenes during, or after, the end credits of Halloween Ends.

Plot
The saga of Michael Myers and Laurie Strode comes to a spine-chilling climax in this final installment of the franchise.

chevron_left Best Of British Biographies – Angela Lansbury
Is there anything extra during the end credits of Halloween Ends? chevron_right