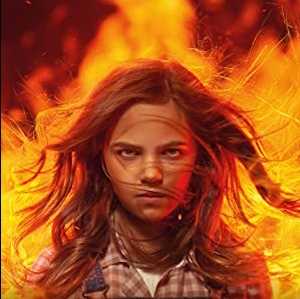 Luckily, I went in with really low expectations of the new Firestarter. When I found out that Blumhouse was doing it my expectations went a little higher. That was a mistake. This movie was dreadful. Epically dreadful.

Zac Ephron is great at acting in certain types of movies, this wasn’t one of them. He wasn’t able to pull the role of a father off. I could maybe believe he was Charlie’s (Ryan Kiera Armstrong) older brother back from college after being suspended for drinking. That’s pushing it. The two simply didn’t have the right chemistry. Ephron never changed his face during the entire movie, he bothered me. I can think of twenty other actors off the top of my head that would have been better suited for the role. Bad casting and bad acting were to blame here.


Speaking of chemistry, Ephron and Sydney Lemmon (Charlie’s mom) didn’t have an ounce of chemistry either. They were supposed to be a married couple with a child. I didn’t get any of those feelings from either of them. Heck, I could never discern if she even liked her daughter.

I don’t want to pick on just them so I’ll attack the supporting cast now. They were all terrible. Their stories didn’t make sense and there was useless stuff thrown in that didn’t matter to the storyline. It was a garbled mess.

My only positive thing to say is that you could tell that Ryan Kiera Armstrong (Charlie) watched Drew Barrymore’s original performance. She was able to slightly pull off the needed looks and actions. She still held no flame to Barrymore but it was at least better than any other actor in the movie.

Overall, this is the worst movie I’ve seen this year. I can’t recommend this in good faith to anyone. The whole movie should have hit the cutting room floor.

About The Peetimes: I’ve got 3 times for you to use. If you are squeamish about animals being hurt and killed I’d definitely recommend the 2nd Peetime to get outta there. It was pretty brutal.

There are no extra scenes during, or after, the end credits of Firestarter.

Plot
After being experimented on by a secret government entity called The Shop, Andy McGee develops psychic powers and meets the love of his life. Together they have a daughter with a power of her own and The Shop will stop at nothing to get them back.

chevron_left MCU Disney+ Review – What If…?
Is there anything extra during the end credits of Firestarter? chevron_right