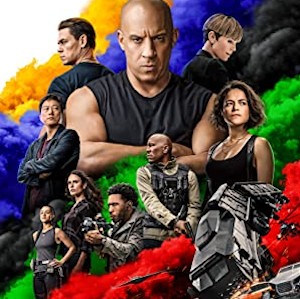 What can you say? The F&F movies follow a formula about family and trust and then one-upping the action from the previous installment. It’s been a while since I saw the previous F&F movie—Fate of the Furious—but my recollection was that the action in that movie was better than this one. I think they tried to take it to the next level in this one. If you’ve already seen the movie then you know what I’m talking about. But that was a gimmick. There wasn’t much action to it.

Plot (Spoilers)
Cipher enlists the help of Jakob, Dom’s younger brother to take revenge on Dom and his team.

Note: F&F certainly isn’t known for their realism, but a simple Google search would have informed them that low earth orbit is 100 miles (160km). Not 50 miles as they said in the movie. It’s a tiny thing, but it just points to the sloppiness of the writers. And oh yeah, magnets don’t work that way. But whatever.


Speaking for myself, I’m growing tired of these movies. I wasn’t expecting much out of it, but it was worse than expected. And so far the Peeple’s Poll bears that out.

I would love to know what the F&F fans think of this movie. I’d ask my sister, who was a fan, but she said she lost interest a few movies ago. If you are a fan it would be great to hear your thoughts in the comments.

About The Peetimes: My aim was to avoid using any action scenes in the Peetimes. There’s a lot of action, and plot/character development, so that wasn’t easy to do. But I did find 3 pretty good Peetimes. I’d recommend either the first or last of the last Peetimes. The middle one has a lot of dialog.

There are extra scenes during, or after, the end credits of F9. (What we mean by Anything Extra.)

chevron_left RunPee Weekly Newsletter #67 (June 23, 2021)
Is there anything extra during the end credits of F9? chevron_right