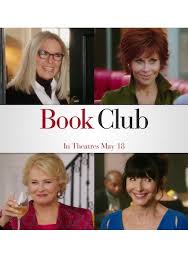 I thought this would be an inspiring movie about taking life by the balls (or in this case, the ovaries) in your golden years. The high-caliber cast of aging actresses is stellar; they did a fine job. I am  about 15-20 years younger than them, but feel like they have options I will never have. [pullquote]They are rich, live in their own lovely homes, have great careers, and enjoy close friendships with each other. They are basically Sex and the City: The Older Edition. It’s cute, it’s funny — and super depressing.[/pullquote] I need to stick to Deadpool, Star Wars, and Avengers. Even the recent 50 Shades movie was better than this. This one….is simply full of unrealistic  mockery. It probably depends on what is happening in your life.

I personally feel cheated. In the ruins of my newly single life, I have no friends, live in a cinder-block closet in my mother’s basement, and have no future. I work out like a fiend, and look better than I did in my 20s. I have abs. And it doesn’t matter. The hoary, combed-over, wrinkled ex-husband featured in this film has a 25-year-old blonde hot bimbo for a new wife. So, what chance do I have? Do I have to find old men who think I am the young hot chick?


Back to the movie. There are a lot of laughs. The entire room, playing up against Marvel’s ‘juggernaut’ Deadpool2 (that’s an in-joke, sorry), was PACKED. Mature ladies, elderly women, old couples, and the occasional young 50 Shades fan took up every single seat. That was unexpected. And the laughs were raucously loud for the first third of the film. I laughed with them too.

And suddenly, reality set in. Things stopped being fun. These four leading ladies looked amazing; they were also rich, and high-powered. (For example, one was a judge. One owned hotels. [pullquote]These were not normal women – they were senior superheroes.[/pullquote]) The characters were NOT RELATABLE. A discontent seemed to seep into the entire theater: these women were not us. And the characters were lucky in a way that wasn’t aspirational.

Well, the actresses clearly enjoyed themselves. Good on them. But did the viewers walk out (and use walkers out, in many, many cases) feeling happy? I looked closely at the audience during the credits. And I have to say no: the older people seemed downcast. I myself was full of despair. [pullquote position=”right”]These characters were clearly lucky. They didn’t work at bettering their lives. Book Club didn’t  encourage the audience to make changes in themselves, or even in their vaginas.[/pullquote] One character bumped into an old beau. One character tripped over a hot younger pilot  (she fell into his lap <—– I need to learn this trick). And so on. Luck. Yeah.

So, how to grade this? I’d call it misleading advertising. I expected their book club to inspire changes we could all learn from and emulate. Instead, poor little rich-girl hottie (probably starving herself to keep her shape) Jane Fonda fears “real” love. Adorable Diane Keaton finds a sexy younger millionaire via a stereotypical meet-cute moment. What the heck IS THIS? I don’t eat either, to look good. But where are the men?

Well then. I suppose I’m getting too critical. I just wanted to laugh and let go of grief and regret for a couple of hours. Not happening in this film — things hit too close to home. I will say this:  if you have a really tight group of girlfriends who support you emotionally, and ply you with wine at the drop of a hat, a la Sex and the City (and yes, Book Club), hold onto them like the gold they are.