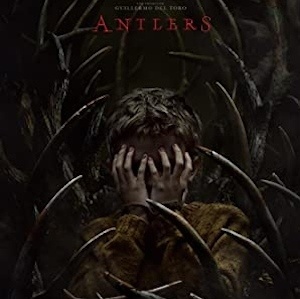 I’ve been seeing previews for Antlers for close to two years now. I’ve been waiting for its release for a very long time. My expectations were set very high and my excitement grew during those two years. (Yeah, another thing to thank Covid for.) Now I was sitting in the theater waiting for it to start. When it finally started I was fairly disappointed.

The World’s Most Indispensable Movie App


In an isolated Oregon town, a middle-school teacher and her sheriff brother become embroiled with her enigmatic student, whose dark secrets lead to terrifying encounters with a legendary ancestral creature who came before them.

Let me start with this; the acting was great — it really was. The story is where it drops down in my opinion. It was extremely predictable and had a lot of scenes where I’m thinking, ‘why is this in the movie?’ They needed more of a backstory and some character development to get the proper flow.

Perhaps it’s because I’m jaded. I have seen pretty much every horror movie out there, and this one just didn’t stack up. Maybe if you go and see it you’ll like it and think to yourself that Runpee Sis doesn’t know what she’s talking about.

I guess I could say if I hadn’t seen all these horror movies I would give it a B, but alas I have and can think of many, many more horror films that are way better.

About The Peetimes: If it works out for you, I highly suggest the 1st Peetime. The last one is pretty short, but I stuck it in for emergencies.

There are no extra scenes during, or after, the end credits of Antlers. (What we mean by Anything Extra.)