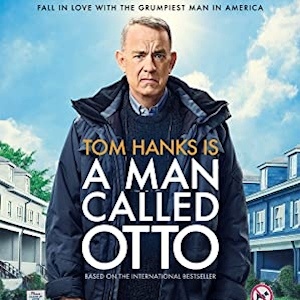 Most importantly, bring tissues. Lots of tissues. There were about twenty people in the theater when I watched the movie and I could hear sniffles in stereo.

Here at RunPee we have a self-imposed rule that we only get to rate one movie per year as an A++. And wouldn’t you know it, it’s the first movie I see this year. It’s all downhill from here. 🙂

Why did I drop my A++ on this movie? It isn’t just because it features great acting, editing, story telling, etc. For me, it has to bring something more. The movie has to, in some way, change the way I think about something. Otherwise, it’s just an A+ movie.

A Man Called Otto illustrates how impactful a small community can be in our lives. Country wealth is typically measured by its GDP, but there’s a social currency that happens at the community level that, I feel, is far more valuable than the combined value of all the corporate earnings in a country. The characters in this story are everyday people, struggling to get by. But they are all much more productive and, more importantly, happier because of the social currency that they exchange. Neighbors helping neighbors improve everyone’s lives and in some cases can bring meaning and purpose.

It’s movies like this that inspire me to be better in some way: a better husband, a better human, or in this case, a better neighbor. Being of service to others is one of the greatest joys. It’s important to be reminded of that as I tend to get wrapped up in my everyday responsibilities.

Ironically, I don’t think it was Tom Hanks who did the best acting in this movie. Don’t get me wrong, Hanks is his usual magnificent self, but Mariana Treviño, as his neighbor Marisol, had a more demanding role to play. The character Otto is mostly monotone grumpy throughout the movie, but Marisol displays a full range of emotions and does them all very believably. That’s not only a credit to the actress, but also to the screenwriter (David Magee: Life of Pi, Finding Neverland, Mary Poppins Returns) and director Marc Forster (World War Z, Finding Neverland, Stranger Than Fiction, The Kite Runner).

About The Peetimes: I would recommend either of the first two Peetimes. The third isn’t bad, but the other two are better.

There are extra scenes during, or after, the end credits of A Man Called Otto.

Plot
Otto is a grump who’s given up on life following the loss of his wife and wants to end it all. When a young family moves in nearby, he meets his match in quick-witted Marisol, leading to a friendship that will turn his world around.

chevron_left 2022 Peeple’s Poll Results
Is there anything extra during the end credits of A Man Called Otto? chevron_right