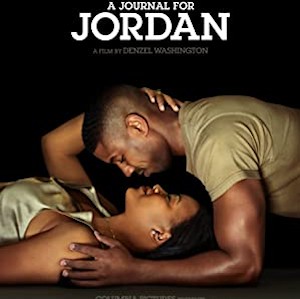 A Journal For Jordan is a very touching movie. The story is heartbreaking. Seeing how the duty of the American soldiers affects their family life is almost too hard to watch. You’ll walk out of the theater very sad. Many of the audience members in my theater were sobbing by the end of it.

The acting from Chante Adams was awesome. I’ve never seen her in anything before but I know I’ll be seeing her in the future. She is a great actress. I have seen Michael B. Jordan before and that’s why I was a little disappointed in his performance. He seemed super stiff and not personable at all; he’s usually better than this.


I would not recommend this movie to anyone who is feeling sad or lonely during the holidays. This is not the film for you.

About The Peetimes: I picked 3 times for you to use. The first 2 will work great since they were easy to sum up. I only recommend the 3rd Peetime for an emergency situation.

There are no extra scenes during, or after, the end credits of A Journal for Jordan. (What we mean by Anything Extra.)

Plot
The project, “Journal for Jordan,” is based on Dana Canedy’s essay, which describes a 200-page journal penned by her fiancé, 1st Sgt. Charles Monroe King, for their son. The 48-year-old soldier was killed in Baghdad in October, one month shy of finishing his tour of duty. He had left for the Middle East before his son was born.