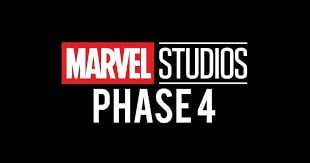 While Marvel isn’t confirming which films will be filling which dates in Phase 4 until after Avengers: Endgame hits theaters, there are some things we do know.  Black Widow’s stand-alone film will be one of them.  Guardians of the Galaxy Vol. 3 will also be one, but it will be a few years away.  The newly rehired James Gunn is already committed to writing and directing the Suicide Squad reboot for DC.  The Eternals and Dr Strange 2 are both in development. So is a film focusing on the character Shang-Chi.  That leaves four mystery films in the nine slots between May 2020 and July 29, 2022.

Here are some things that may happen during Phase 4:

— Black Panther gets a sequel.

This one is a no-brainer.  How do you not make a follow-up to one of the most celebrated and successful films of 2018?


— Captain Marvel gets a sequel.

A recent quote from Kevin Feige confirms Carol Danvers has an important role to play in the future of the Marvel Cinematic Universe (MCU).  “When we found out that Brie Larson might be interested in joining our world, we had a number of meetings. She was a huge fan of the character in the comics. One of the highlights of my career at Marvel was introducing her at Comic-Con and having her come out on stage and stand there with literally almost everybody else from our movies. There she was at the forefront, and it was a great foreshadowing – not just for how audiences are going to embrace Brie as this character, but also for how Captain Marvel is about to take the lead and be at the forefront of the entire Cinematic Universe.”

In the movie Captain Marvel, we meet a young Monica Rambeau and her mother Maria.  It is worth noting that Maria’s call sign is Photon, the name of the superhero her daughter grows up to be in the comics.  This is a possible Easter egg/foreshadowing. Monica may take up the name as a tribute to her mother in a Captain Marvel sequel.

— Ms. Marvel may appear in a movie.

A Captain Marvel sequel set in the present day may also introduce the teenage hero Ms. Marvel, who is inspired by Captain Marvel.

— We may see more of Goose and find out exactly what a flerken is.

Fans are clamoring for more of a certain orange “cat” — and there may be rioting if he doesn’t appear in another Marvel film.

Fans were initially disappointed by the surprise plot twist that happens about halfway through Captain Marvel, because it seemed to dash any hopes of a movie based on the popular Secret Wars story from the comics.  However, Kevin Feige has gone on record saying not all Skrulls are good, just as not all humans are necessarily good.  Alternatively, some characters in the Marvel Cinematic Universe may turn out to be Skrulls in disguise.  One way or another, we probably haven’t heard the last of the Skrulls.

— A new version of the Avengers is formed.

We will probably be saying goodbye to many of the original Avengers in one form or another in Endgame.  In the comics, the Avengers team appeared as many different combinations of heroes.  Phase 4 will almost surely usher in a team of new and familiar faces.

— There has to be at least one more Avengers film.

While Chris Hemsworth’s contract is up after Endgame, Thor has taken many different forms in the comics.  He has been a frog and has even been female.  As Cinemablend pointed out, different characters have taken on the mantle of Thor by proving their strength by wielding the Mjölnir.  The only problem is…the hammer was destroyed.  But nothing is ever permanent in the comics, right?  (I sure hope not.  My girlfriend is gonna be pissed if Gamora doesn’t come back to life.)

— Howard the Duck and Peter Porker the Incredible Spider-Ham star in a buddy comedy.

He’s a duck.  He’s a spider-pig.  Together, they solve crimes.  Hey, a nerd can dream.  And until Marvel coughs up the goods, I’m sticking to this story.

Years ago, when Marvel was not doing well financially (hard to imagine now), they sold the film rights to Spider-Man to Sony, and they sold the film rights to X-Men to Fox.  Now that Disney acquired Fox, the X-Men could become part of the MCU.  The new Dark Phoenix trailers look like this might be a fitting conclusion to the Fox series of X-Men films.  The stage is set for Marvel to finally make their own X-Men movie, something that may be unlike anything we’ve seen so far.

But honestly, do you really want another X-Men movie, or do you want to see Howard and Spider-Ham in the feel-good hit of the summer?

To stay up to date on all the latest Marvel news and reviews, follow us on Twitter @RunPee.  Be sure to use the RunPee app to get Peetimes for Captain Marvel, Avengers: Endgame, Spider-Man: Far From Home, and all the Phase 4 movies.

Captain Marvel – Better Than I Expected – A White Male’s Review