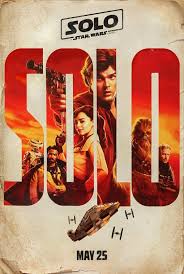 Ooops. Mark Hamill has been great at keeping Star Wars secrets under wraps since 1977. So it’s a surprise to learn he slipped up and revealed a potential spoiler for the upcoming young Han movie, Solo: A Star Wars Story. [pullquote]But — this being Star Wars after all — it could be a misdirection (from a certain point of view).[/pullquote]

In an interview with the Washington Post yesterday, Hamill casually mentioned how excited C-3PO actor Anthony Daniels is for appearing in every Star Wars film. He’s the only actor in the saga who can actually say that…at least thus far. He even had a cameo in Rogue One. (While R2 was also in every film, that’s a character, not an actor. )


At this point we simply don’t know if C-3PO will be in the next film. We do know he’s working for the Rebellion around now, so he’s out there, at large in the galaxy. But why would he appear in Han Solo’s early years? Solo’s world is about smuggling and other criminal activity. I can’t imagine a good reason for Threepio to be lurking about, unless the Rebellion needs something clandestine done, and sends the droid in to set up a contact. (Actually, that could work.)

[pullquote position=”right”]But it could just be a fanservice cameo, like his appearance in Rogue One, a one-shot purely for fun instead of furthering the story.[/pullquote]

Or Daniels could appear as some other character. It’s not like we know his face very well. He could be a human, or buried under alien makeup. It could end up like “Where’s Waldo?” — a sort of “Spot the Cameo” game.

Or, this could just be a rumor. Hamill can be a rascal these days; the guy is really funny. Maybe he has a bet going with Daniels. Who knows? It’s not a huge spoiler if it’s true, so we can forgive this slip. (These aren’t the droids you’re looking for.)

But….now that I’m thinking about it, there IS someone who could make a legit appearance somewhere. Darth Vader. And Han could end up doing a job for him…