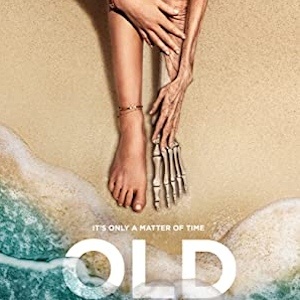 The origin of taphophobia, or the fear of premature burial, began in Eastern Europe in the 17th or 18th century. Since doctors had no reliable touchstone for death, people in comas would often wake to find themselves in pine boxes buried six feet underground. They would howl in fear and pain, frightening those who might pass the cemeteries at the time. Sometimes they would manage to, “Kill Bill-style,” break through the wood of their coffins and tunnel to the surface. Scholars say that this is the origin of the vampire mythos that began in eastern Europe and moved into Germany and England, inspiring novels such as Bram Stoker’s Dracula.

Taphophobia has inspired several films over the years, including the aptly named Premature Burial by Roger Corman (1962), the Coen Brothers’ Blood Simple (1985), the pre-Deadpool Ryan Reynolds vehicle, Buried (2010), and a host of others. These films run the gamut of genres, from horror to thriller to romance. After all, Romeo and Juliet’s entire climax revolves around premature burial, right?


The fear of being trapped, however, isn’t limited to a coffin or mausoleum. The Mayo Clinic refers to agoraphobia as “a type of anxiety disorder in which you fear and avoid places or situations that might cause you to panic and make you feel trapped, helpless or embarrassed.” This certainly broadens the spectrum of movies to include even comedies. Remember that group of high school misfits who find themselves trapped in a lunchroom on a Saturday with their principal? Of course, I’m referring to The Breakfast Club (1985).

One recent inductee into this list of “trapped” movies is from the master of “the twist,” M. Night Shyamalan. Old concerns a family who receives an excellent deal on a beach resort. The mother and father are approaching a divorce and want to have one last vacation together before announcing it to their children. Guy, the father (Gael García Bernal, The Motorcycle Diaries), is an insurance actuary who constantly fights a losing battle against the actuarial tables running through his head. His wife Prisca (Vicky Krieps, The Phantom Thread) is a museum curator suffering from a stomach tumor. The resort manager offers the family an opportunity to spend the day at one of the island’s “secrets,” a beautiful, private beach hidden from the rest of the resort. He only offers this excursion, free of charge, to his favorite guests. If this were a VH1 channel program, a pop-up reading “Watch for Falling Plot Twists Ahead” might appear at this point in the movie.

The next day, a resort van driver (M. Night Shyamalan) delivers the family to the private beach where they meet the motley crew of Shyamalan’s ensemble. These actors/characters represent a diverse population racially and occupationally—a black rapper, British surgeon, Nigerian/British psychologist, Asian American nurse, Australian trophy wife, white American grandmother, along with the Mexican-American insurance actuary and Luxembourg museum curator. Guy’s and Prisca’s children, Trent and Maddox are there as well as another child, Kara. In the search for equity in film, it’s both smart and timely that Shyamalan devised his cast to appeal to all demographics.

Then we get to the backbone of the story, the reason why we will maintain the current mise en scene for almost the rest of the movie. For some reason, the combination of minerals on this beach causes organic matter to age much faster than normal, approximately one year for every thirty minutes. If the vacationers attempt to leave the beach through its entrance, they black out. If they swim out to sea, they die in the undertow. They are trapped in one of the most beautiful settings a person might imagine.

As the plot continues to unfold, we discover that most of them have some form of terminal or crippling illness. Like the equity in casting, we get a plethora of diseases, including schizophrenia, cancer, hypocalcemia (the body doesn’t store calcium correctly), epilepsy, and hemophilia. If this sounds all over the place, don’t worry. Unlike many of Shyamalan’s efforts since The Sixth Sense, there is a credible, if science-fictiony, explanation for it all. You’re not watching another The Happening.

Ultimately, I not only enjoyed the movie, but I loved all the behind-the-scenes features on the DVD. Hate him or love him, M. Night Shyamalan has a reason for everything he does as a filmmaker, and he’s willing to explain it all to you if you’re up for an extra forty minutes or so. He also introduces us to his very talented daughters, all of whom participate in various degrees in his work. I wish he’d spoken more about big pharma, a major character in the background of the film, but he probably thought he’d said enough. Instead, he poses a question. If this was your last night on earth, how would you spend it? Would you spend your time angry, or would you value each moment as a precious commodity? I think this movie has the answer. Keep your loved ones close. Treat others well. And watch for schizophrenic doctors off their meds. Especially if one has a knife.

Cliff McClelland is a writer/director from the Dallas, Texas area. His published plays have been produced throughout the United States, Canada, and the U.K., and his feature film, From the Dark, is currently available on Tubi.  Dust to Dust, his fantasy novel, was published by Scarsdale Publishers in May of 2021. McClelland has a
bachelor’s degree in English and a master’s degree in Interdisciplinary Humanities. He is married to Amanda McClelland and has three children—Devin, Amelia, and Greyson. His writing website is www.cemcclelland.com.