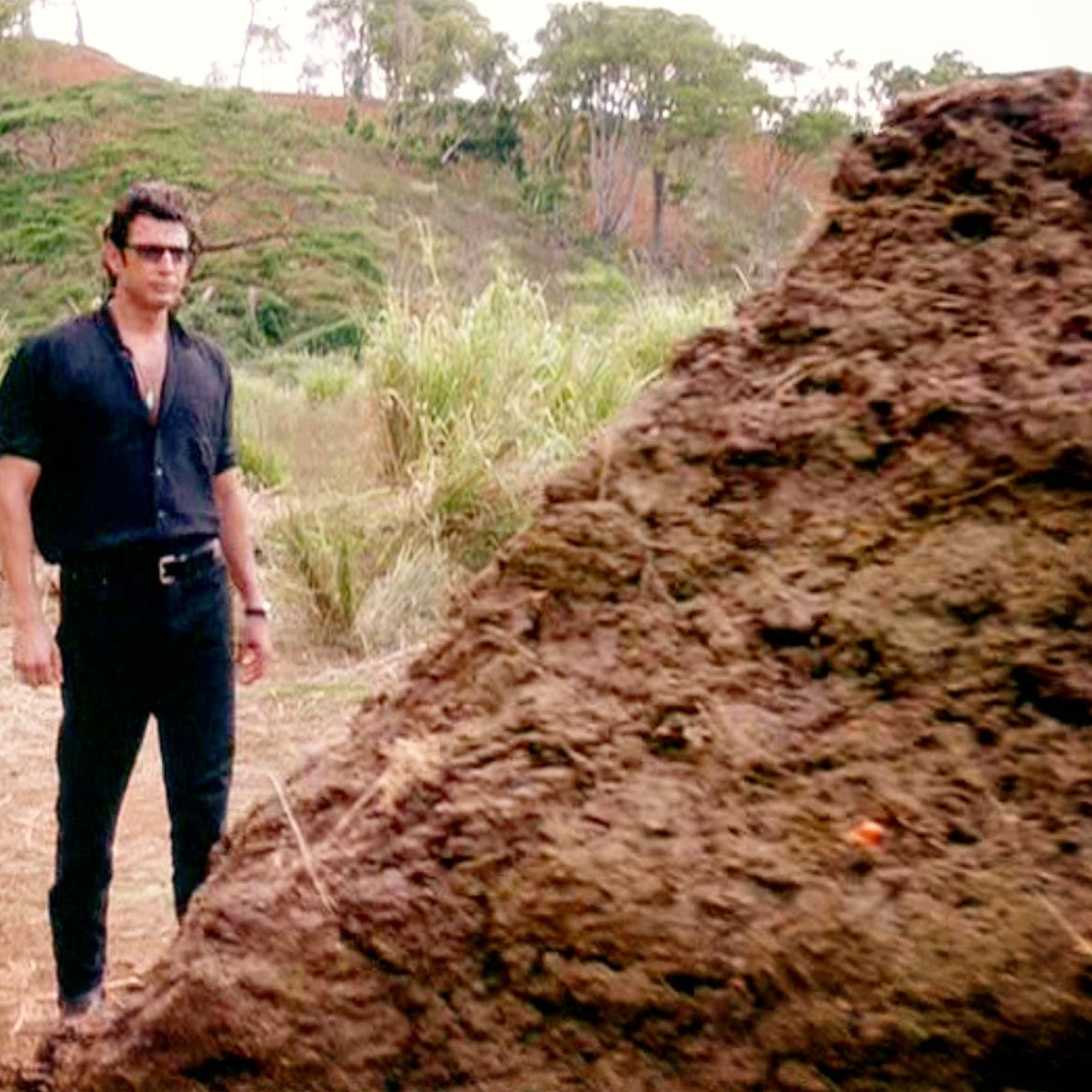 These are my final thoughts after seeing Jurassic World: Fallen Kingdom in the theater. There are spoilers aplenty, so please read after you view the movie.

Don’t think for a second that I don’t realize that it’s difficult to write a script for a movie like this. Getting handed the responsibility of writing a script for a blockbuster sequel is like sending a batter up to the plate and expecting them to hit a home run to win the game. Be prepared for disappointment.

In this instance, to further the baseball analogy, we’d be satisfied if they just got on base, and kept the rally going; we’d be delighted with a double; and overjoyed with a triple. But I feel like what we got was the batter looking at a called strike three.


The movie started out with promise. Actually, I take that back. The movie started out pretty lame. To find out that Claire and Owen’s relationship didn’t pan out during the interval of time between the two stories is a cheap shot. It’s hard to pull that one off with any success. Don’t end one movie with two characters just getting together and then start the next movie with them split up. Sure, it can be done, but that’s a hard pill to get the audience to swallow. It must be handled with care. JW:FK just kicked it to the curb and didn’t do much more than telling the audience, “Hey, deal with it.”

That was just the start of the problems with this story. We also have to deal with two new characters — Franklin and Zia — being introduced for absolutely no reason, other than they were needed to prop up a few scenes in the story. Notice how they just disappear from the tale when not needed. If you’re going to add characters, then make them real characters that we care about. Give them some purpose, at least something better than, “I wanna see a dinosaur.”

Things perk up a little once we get to the island. The dinosaur danger was better than I expected it to be, but still a little cheesy sometimes. (Just how many times is the original T-Rex going to save the main characters before someone gets eaten? Seriously, I really hope the T-Rex chomps on a named character that we like in the next movie and not just a villain.)

I’m not volcanologist, but the exploding volcano certainly exploded as conveniently as anyone could possibly hope for. I think it’s okay for the writers to play a little loose with the reality of a volcanic eruption if they make up for it with a few worthy thrills.  They barely managed it, but I couldn’t help but think that once our main characters washed up on shore it was nice and convenient for the falling debris to stop while they regrouped, then hiked who knows how far to the docks, and observed what’s going on before the falling debris picked up again — just as they’re running for the ship. It’s also a little convenient that the dock got pounded by debris, but the ship doesn’t take a hit. Like the volcano decided that it didn’t want to send flaming rock bombs into the ocean.

Despite everything I’ve pointed out that’s wrong with this movie so far, at this point I would have given the movie a solid B. It wasn’t great, but it was good enough. And I can’t help but grade a little on a curve because the former JP movies haven’t exactly raised the bar too high.

A word about villains: they are hands down the trickiest characters to write, especially in a blockbuster where there’s limited time to build up the character. What we get all too often are stock villains who are portrayed as nothing more than bad, greedy, and/or psychopathic people.

A good villain is someone who’s doing bad things, but we can sympathize with them. It’s the sloppiest sort of storytelling when one of the antagonists uses pliers to pull a tooth from a sedated dinosaur with absolutely no empathy for the animal. Just save the audience some time — put a Nazi tattoo on his forehead.

It’s only fair that I mention that the blood drawing scene with the T-Rex is the highlight of the movie. I’m pretty sure it doesn’t matter one tiny bit that they give Blue a blood transfusion from a carnivore. This is where storytelling can take a few liberties. It sounds real enough, so go with it, and the payoff is well worth it.

This clip perfectly illustrates what I think of the rest of the movie.

I need to know one thing: why on earth did the writers pick Hydrogen Cyanide as the gas would threaten to kill the dinosaurs? I guess when people hear the name they instinctively equate it as a poison, but it’s a pretty ineffective one. The French used is as a chemical weapon in WWI but gave up on it because there were better options. (Not that I knew that before reading about HCN at Wikipedia.)

This is the second worst kind of sloppy storytelling — only behind the stock villain mess I mentioned earlier. The writers need to present a clear danger to the dinosaurs, and a real reason for setting them free. How they came up with something like HCN is a complete mystery. It’s not used in any sort of DNA research I could find. It was mostly used in mining for gold and silver. Okay, so let’s say Dr. Wu had some bizarre reason for having it. You think they would take greater care in storing it?

But the problem remains: what sort of danger could be introduced that would create a believable threat to the dinosaurs so our heroes would be motivated to let them loose? We need something that kills, that the audience will understand as a threat without too much explanation, and something that spreads quickly. If there were just some sort of chemical, or even a chemical reaction, that would be suitable. Something like… Maybe FIRE!

Picture it: there are multiple dinosaurs loose, causing all sorts of mayhem. I can buy it that the fire protection system gets damaged. There’s an explosion. Things burn. The fire is spreading rapidly. (Sure, the building is mostly stone and metal, but we can roll with it.)

Maybe the fire is spreading toward something else that will explode and kill the dinosaurs. Not only does this fit the requirements needed to motivate someone to release the dinosaurs, it’s also the perfect ironic symmetry to the beginning of the movie: the dinosaurs were saved from an island about to be consumed by fire/lava only to be taken far away to a building where they are again threatened by fire. Perfect.

How did this get past everyone involved? Did no one in the writing process, or while directing and editing, not stop and say, “Hydrogen Cyanide? Really? Can’t we come up with something better?”

And not to beat a dead horse, but do you really think the roof of that old castle is going to support an Indo Raptor that’s the size of at least three horses? What were the roof supports made out of? Vibranium?