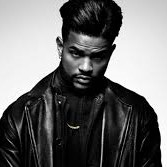 Superfly is a very talky movie, interspersed with people shooting each other, and lots of blood blossoming on fancy white outfits. There’s not a single character to root for — everyone is corrupt, either selling drugs or profiteering off those selling the drugs.

[pullquote]There are, however, some great outfits, good hair, a fine soundtrack, and an interesting updated version of the old 1970s Blaxploitation films.[/pullquote]

I’ll say this before bed tonite: if you like the black drug culture genre, or gangster movies in general, you’ll appreciate this modern reboot and the very attractive people in it.

Here are some thoughts from a friend who knows more about those 70s blaxploitation films than I.

Volunteer RunPee photographer Ola Sojobi says: “Yeah, I liked Superfly. It was a fun, action-packed gangster movie set in Atlanta, so there was the fun of an organized crime movie with an insight to Atlanta culture added on top of it. The characters were more compelling than I expected of a Superfly reboot, and the actors portrayed them well.” [pullquote position=”right”]Sojobi goes on to say, “I’m not saying it was Oscar-winning character or plot development, but overall, I think it was as good a time as one would have watching most any other gangster film.”[/pullquote]

As for me: I thought it would be campy, snappy/silly fun, and stylish. I got the stylish parts right. But it was also about a LOT of cocaine, many bricks of it, with characters snorting it, and some soft porn-ish shower sex (that’s a Peetime, if you don’t  like sex scenes, BTW), and one extremely creepy machine that one character goes into, screaming, until the nightmarish ‘suction sounds’ come on, and viscous red fluids comes snaking out, through some tubes and into a vat. I think he’s been rendered alive into various components.

My thinking: WTF did I just see?

I can’t unsee this, and it’s been literally keeping me awake for three nights now. Between my insomnia and weak stomach for violence, I want to say I hated this mean-spirited movie from start to finish.

On that, Sojobi adds,”Every gangster movie has to have at least one gnarly scene like that. Sort of like the horse head in the Godfather, maybe?”

As we try to grade movies by the target audience, I could see people approved of the rebooted Superfly. So I will give it a B-, add my violence-trigger caveats, and leave it at that. Now you get to choose. Please give this movie your poll ratings on the app.

NOTE: That blood vat torture scene is NOT a Peetime, since it’s at the very end in an R rated movie that had been uniformly violent throughout – do you think it requires a “Questionable Content Alert”, even so? That’s a new thing we are adding to the next RunPee update, out very soon.

Here are the originals of the 70s Superfly films:

I’ve given you 3 Peetimes: 2 have simple conversation that’s easy to sum up, and one has 5 minutes of steamy shower sex and no plot. Choose according to your interests.