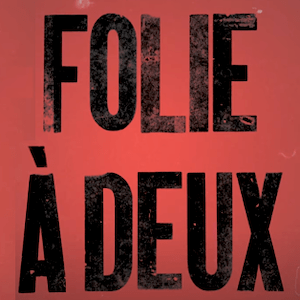 When Joker came out in 2019, I held mixed opinions; I liked the film but didn’t feel it fitted in with the DCEU. In short, it could have been about a random psychopath and the city just happened to be called Gotham. Still, if it is as good as the original I’m ready to forgive it anything!

What is Joker: Folie à Deux?

While Joker was originally intended as a stand alone feature there were plans for DC Black with darker and more experimental features to follow. However, initial rumours seem to suggest that we have an exceptionally experimental film in the pipeline…


Let’s bring back our version of the Joker. Let’s introduce him to Harley Quinn. Hmmm…that’s been done before. I know! Let’s make this one a musical!!!

Todd Phillips is back in the director’s chair. Everything else is still being worked on.

At present 4th October 2024 is the release date, but this is very early days.

So far we only have Joaquin Phoenix (let’s face it, he won an Oscar so he’s GOT to come back!) and Lady Gaga confirmed as Joker and Harley Quinn. Willem Dafoe expressed interest in joining the cast back in January 2022 but, as yet, nothing is confirmed either way.

As I said earlier, only two roles have been cast, so this may need to be revisited when we know more.

There wasn’t a sequel planned when Joker was made, so it’s hard to say what you need to know going in. What I would say is go and see the original again just because it was a good film!

Hmmm…hard to say.  If it sells bazillions of tickets then probably. But there is also DC Black to look out for.