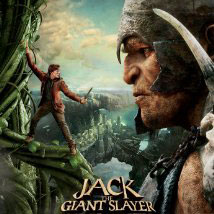 I was hoping Jack the Giant Slayer would be more than just a kid  movie. Nicholas Hoult – Jack – and Eleanor Tomlinson – Isabelle – are promising young actors, and are backed up by the amazing talents of Ewan McGregor and Stanley Tucci. While the cast delivered decent performances, the story was heavy handed and didn’t have anything that would be appealing to adults.

I’d like to say that it will at least appeal to young children, but I’m not altogether certain of that either. There wasn’t a single memorably funny moment in the movie and the action was pedantic. I thought there would be lots of wild 3D antics – even though I didn’t see it in 3D because I have to take notes – but I didn’t notice any action scenes that would be much improved by 3D, other than the beanstalk growing.


If you have kids who really want to see it then try and talk them into waiting for the DVD. I’m pretty sure you’ll thank me for that.