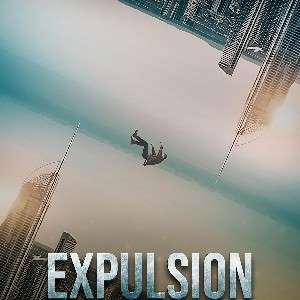 We are not down to a single, unique universe…

So if, like me, you’ve got even a passing interest in science fact and/or fiction, you’ll know that we’re talking multiverse theory. You know, that theory that says there are an infinite number of universes where every alternative is played out — down to you toss a coin and get heads in this universe, but tails in another.


This concept is used in many films from things like Sliding Doors to My Little Pony: Equestria Girls, via many, many others.

Scott and Vincent work for a huge company called Cicero Market Technologies Corporation, as scientists working on hard, advanced stuff. They get caught up in a scheme to do their own experiments into multi-dimensional travel, in a kind of Mickey Rooney/Judy Garland “let’s just put the show on in the barn,” fashion by recreating their — presumably — multi-million dollar laboratory in Scott’s garage, using stuff they pinched from work… oh, and a super capacity power source that looks a lot like the Tesseract from the Marvel Universe.

They need the Tesseract because, in the garage, they can only produce 13 Tera electron volts, and as that equates to 0.00000208283049 of a joule it isn’t very much, but I’m guessing they’re relying on nobody being sad enough to do the maths.

Obviously we need to make allowances for the budget or, more accurately, the lack of it.

One cost cutting area is the cost of the cast. Scott (Colton Trapp) and his wife Margail (Rosalie Fisher) are the best performers, which is just as well, as they are in virtually every scene. Aaron Jackson plays Vincent, as well as being co-director and co-writer and, unfortunately, should have stayed on the other side of the camera.

Usually a film of this subject will spend gazillions of dollars on the effects — which this production doesn’t have to play with. Having said that, they make up for lack of budget by using effects borrowed from theatre — for instance somebody getting stabbed will bend over to hide the knife blade sliding into the handle and bursting the blood bag. I also think that they shot the whole thing in one house; I’m guessing the Cicero boardroom was the dining room!

Another thing they probably didn’t expect the average viewer to do is check out the Hawking quote. In full it is…

We are not down to a single, unique universe, but our findings imply a significant reduction of the multiverse, to a much smaller range of possible universes.

Which seems to me at least to be the great man saying that the infinite multiverse is highly unlikely. Ah well… what did he know!

In short, I think this would benefit from a big budget makeover… same story, more spent on talent.