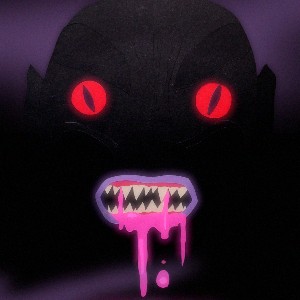 I seem to always start off by saying that I’m probably the worst possible person to be writing the review and this is no exception. I’ve said often enough that I’m not one of your rabid horror fans but I’ll usually watch one with minimal prompting. So… ghosts? OK. Vampires? Don’t mind if I do. Psychopathic clowns? Bring them on. Mummies? Sure, why not? But, as you’ve most likely guessed by now, I’ve never really been into the whole zombie thing.

I never watched The Walking Dead past the first few minutes; sorry Andrew Lincoln, loved you in Teachers and Love Actually but couldn’t get into this one. I’ve never seen World War Z, but I did irritate my daughter by insisting on calling it World War Zed. I’ve seen Night Of The Living Dead but that was more a question of checking out an iconic moment in cinema history.

So the fact that Attack Of The Demons was ostensibly a zombie film, albeit ones raised up by a demon worshipping cult and an ancient curse, didn’t have me doing my happy dance. However, I thought I’d give it a go because it was something quite rare… an animated horror film for adults that isn’t anime. There are plenty of animated horror films coming out of Japan, but they tend towards the Manga style, and the ones from Western shores tend to be aimed at children, like ParaNorman and Frankenweenie.


First thoughts are “why aren’t there more animated horror films?”

If you think about it, there should be more because the main thrust of horror is a disruption of reality and the world as you know it which can, obviously, be a bit of a bugger to film, and the obvious method to use (if you don’t have access to bazillions of dollars worth of computer special effects) is animation. The animation used for Attack Of The Demons is the same as for South Park, but quite a bit more sophisticated.

Without trying to sound too pretentious — Who am I kidding? I never try to stop being pretentious! — the animation style made me think of Henri Matisse’s gouachés découpés. The screen is filled with beautifully cut out shapes making up the characters, monsters, and scenery. There is a nice autumnal colour palette throughout, and the detail is deceptive. One of the characters has a Sony Walkman and, even though it is made out of cut up craft paper, it is instantly recognisable as the one I had towards the end of the last Millennium.

Maybe it is down to me not being a horror fan, but the total absence of realistic gore was not a problem for me.

The other thing that lifts Attack Of The Demons is the voice acting. Usually voice work for animation seems to be way over the top. Whenever you see one of those “behind the scenes” extras of actors recording their voice parts they always seem to be having a whale of a time. The vocal work here though is much more laid back, and it is so much the better for that.

But the highest praise has to be reserved for director, cinematographer, editor, actor, and chief scissor wielder Eric Power.

You watch Attack Of The Demons and think how nice and simple this film is. But that is where he has skilfully deceived you. While the finished product looks clean and simple, it doesn’t take much of a “back of a ciggie packet” calculation to start seeing just how much work went into making it. Think about it… each frame has to be cut out and positioned ready for shooting. Now some of the bits of paper might be reused but, in my experience, it takes longer to find the bit you’re looking for than to just cut out another one.

And all that faffing and fannying about is for one… single… frame.

Films usually run at about 24 frames per second, but animations are usually shot “on twos,” meaning an image is used for two frames — apart from when there has to be a rapid movement and they move on each frame. Attack Of The Demons runs for one and a quarter hours. Seventy five minutes. Four thousand five hundred seconds. You are looking at over a hundred thousand individual images lovingly cut out of coloured paper, carefully arranged, and skilfully lit and photographed.

Like Loving Vincent a few years ago, the presentation is worth going to see in its own right. The fact that I found Attack Of The Demons very entertaining as well is a definite bonus.

Watching movies, because we have to!