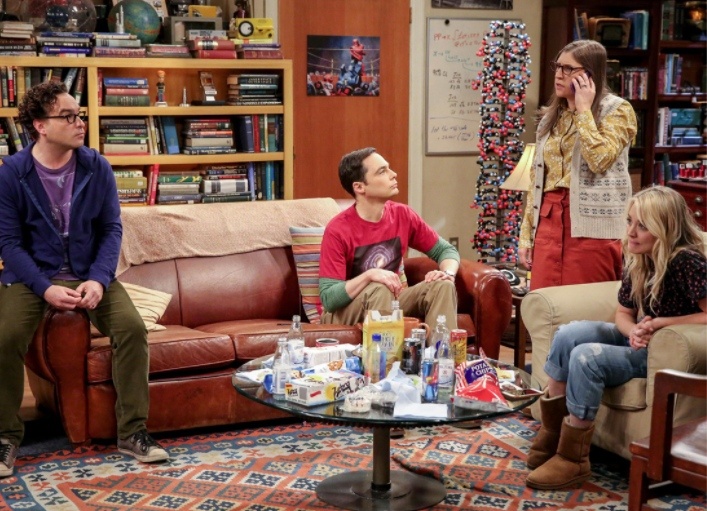 We’ve already talked about the last Wes Anderson movie “The French Dispatch” which shows us, as usual, some really outstanding interiors. So, didn’t it inspire you on some renovations in your own home? If your answer is yes and you are looking for some cinematic design decision this article is for you. Let’s think about this subject with the help of concrete examples from the popular tv-series interiors.

American style, shabby chic, and contemporary – such a cocktail is to the liking of Monica Geller, one of the heroines of the Friends series. She inherited the apartment from her grandmother, and therefore the modernity in the interior combines and naturally merges with the attributes of the past. Such a mix, coupled with a constant mess, according to the creators of the series, should have created an associative array with the homes of most Americans of that time.

Monica’s cozy apartment, the main habitat of the main characters, is familiar to loyal fans to the smallest detail: bright colors, vintage furniture, cozy textiles, and charming kitchen utensils organically coexist in a single space. The center of the house is a large sofa in front of the TV. The soft zone is complemented by two cozy armchairs, a coffee table, and a side table by the sofa. The kitchen is separated from the living room by a round table. This arrangement of furniture allows friends to move around the room without any problems and is suitable for those who like to receive guests.

If we can characterize the apartment as a whole as eclectic, then the interior of the kitchen is made in a style close to country style: natural materials are used everywhere. The facades, furniture, and fittings are wooden, on the window, there are curtains made of light cotton with the image of bunches of grapes. Wall cabinets without doors allow you to quickly get everything you need, and pans and pots hang above the stove right on the wall. It is these details that distinguish the country style that Monica follows. Some furnishings in this style can be found in the Ashley furniture assortment.

The main design feature is color accents. The common space is divided into zones – a lavender living room, a turquoise kitchen. The main find is the entrance door in the color of the walls, which does not draw attention to itself. Violet walls in the living room and an aquamarine blue kitchen unit sit side by side with exposed brickwork and lacquered wood.

Furniture and decorative elements in the interior are a random set of items that you are unlikely to consciously decide to combine in one space. Retro posters, whimsical figurines, and other flea market treasures coexist comfortably with mass-market throw pillows and Victorian furniture. The round dining table in the series is surrounded by completely different design chairs. Today it is a fashionable fusion technique.

The series began here, in a small apartment in Pasadena, where two physicists Sheldon and Leonard lived. It eloquently declares from the threshold: real “geeks” live here. We understand this from posters that refer to fantasy series, science fiction books, comics, and purely professional paraphernalia. So, on the wall next to the door hangs the sword of John Snow from the Game of Thrones, a real working telescope perched at the window, a human-sized DNA model is clearly visible, a filing cabinet, like in an old library. Even the napkin holder is in the form of a Rubik’s cube.

Sheldon Cooper’s apartment is always tidy and clean. Instead of a piano, there is a board with formulas, and instead of a fireplace, there are posters with comics. The style of the kitchen combines neoclassical, modern, and elements of Provence. Just look at the hanging structure for frying pans – the dream of every housewife! You can also find a superhero lunch box, a Star Wars-themed toaster, vintage posters.

However, we looked into the kitchen a little early: first, you need to wash your hands. We go into the bathroom, and here is a curtain with a periodic table.

The drama series about five women and one bizarre murder is an adaptation of the novel by Liane Moriarty that has become one of HBO’s biggest hits. The locations are picturesque. Homes are luxurious. The mansions of Celeste (Nicole Kidman) and Renata (Laura Dern) stand out in particular.

The first in the story is located on the coast of the Monterey Peninsula and is buried in the greenery of trees. It has beautiful pale blue walls, French windows, wicker and wrought iron furniture, ethnic carpets, large mirrors, and lots of color blocks. If you try to define this style, eco-minimalism will be closest to it.

The second is a snow-white mansion in Malibu. There are huge beige chairs, a long pool soaring over the ocean, and a gorgeous big staircase. And a lot of contemporary art, concrete, leather, steel, and glass. Not a house, but a reflection of the success of its mistress.

The Handmaid’s Tale is the most unexpected series in our TOP. The oppressive plot and scenes from which you want to bashfully look away are packaged in a beautiful wrapper. The tougher the scenes, the more beautiful the interiors. Even the main character herself reflects on this in one of the first episodes, looking at the blue walls painted with floral motifs. The headboards of the royal beds, expensive wood cabinet furniture, luxurious sofas, and crystal chandeliers in the “expensive” part of the house clearly contrast with the modest decoration of the servants’ rooms. Everything changes style, color, lighting.

The interiors here perform a very specific function – to mark the difference between the maids and their mistresses even more rigidly.

Housewife Miriam Meisel finds out that her husband is cheating on her, and instead of forgiving the faithful and moving on in peace, Miriam decides to become a stand-up comedian. It all happens at the turn of the 1950s and 1960s in New York – during daylight hours for interior design.

The number of pillows in Miriam’s house is literally dizzy, and twenty people can sit on the sofa in the living room at once. Everywhere you look – the same frames, lamps, and vases on the mantelpiece. But the furniture, sheathed in satin, perfectly coexists with a Japanese-style screen and a transparent table with wrought iron legs. Remarkable bright, explosive colors. In interiors, they serve as accents for the characters and at the same time do not look too defiant: red attracts attention but does not take it away from the actors. The series is worth watching at least for the retro style successfully adapted to the modern viewer.

In terms of style, Coven, the third season of the witch series American Horror Story, was the most interesting. And it’s not just the perfect black outfits of the main characters and the cult of Balenciaga. The Buckner Mansion, which houses the school of young witches, also played a role.

A huge house (6000 square meters) with columns and black wrought iron bars is one of the main attractions of New Orleans. It was built in the middle of the 19th century. Inside – the same monochrome decor as outside. White walls, white curtains, white furniture, and wenge color accents. The set was designed by Ellen Brill. According to her idea, lamps, candles, and mirrors are responsible for the mysterious surroundings. For chic – paintings, French-style furniture, and Tiffany & Co. chandeliers.

By the way, you didn’t think so. that the show’s interiors are remarkably similar to the designs in the Gabrielle Chanel movie? See it yourself.

The series “Gossip Girl” is famous not only for the chic outfits that the main characters demonstrate but also for stylish interiors. We decided to look at them in detail and try to find identical or very similar pieces of furniture and decor.

The bedroom of one of the main characters – Blair – is perhaps one of the most interesting rooms shown to us in the series. There is something similar to the bedroom interior of Kerry Bradshaw, which is not surprising: both sets were decorated by designer-decorator Christina Tonkin. Common features: blue walls and spectacular details.

Rachel and Mike’s apartment is made in the now popular loft style interspersed with other styles. For example, the wall decoration corresponds to modern classics: a solid color palette, a high plinth, and molding decor. The walls are painted in gray tones without bright accents.

The discreet decoration of the room is diluted with furniture and decor in the loft-style. For example, in bar stools with metal and clear, rough shapes, character and mood are very clearly visible. The console table against the wall is more like shelves with a metal base.