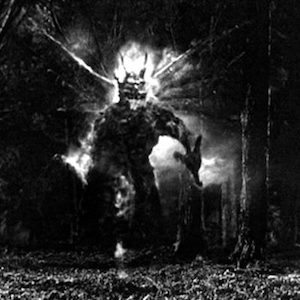 Despite me having said on many occasions that I not a fan of horror films as a genre, there are, however, one or two exceptions to my self imposed rule. Seeing as how it is the Halloween season I thought I’d have a little watch of one or two. The first one is nearly as old as I am and is, in my humble opinion, one of the best examples of a horror film available. In the UK it was released as Night Of The Demon.

Night Of The Demon is a story of believers and sceptics. The believers are members of a satanic cult who believe that they can control a demon to do their bidding. The sceptics are doing their utmost to disprove that the demons exist in the first place. The leader of the cult is Dr Julian Karswell (Niall MacGinnis) and he is being investigated by, in the first scene, by Professor Henry Harrington (Maurice Denham in a cameo role) Professor Harrington has challenged Dr Karswell to “do his worst”. This is a taunt that he comes to regret!

Taking over from Professor Harrington is Dr John Holden (Dana Andrews).  He is an American professor coming to a parapsychology conference. Holden was meant to meet with Harrington but that has to be abandoned. Holden and Karswell meet in the British Museum Reading Room and our story continues on its demonic way. In essence, the story revolves around a curse written on a piece of parchment. Whoever has the parchment at the appointed time comes to a sticky end.

The then follows a bit over an hours worth of supernatural pass the parcel. At first the sceptics are, well, sceptical but, gradually, events conspire to change their minds and they begin to take the curse seriously. It’s not the seances, Stonehenge graffito, the hypnosis of the catatonic Hobart (Brian Wilde), or Karswell conjuring up a cyclone that convinces Dr Holden. It is the mysterious chirruping sound and clouds of smoke forming which bring with them an intense feeling of dread.

I Didn’t Know You Had Cyclones In England!

That feeling of dread is quite palpable. Director Jacques Tourneur manages to really get the old goose bumps rising! And his original intention was to never show the titular demon. He, quite rightly, thought that the film would be more frightening with the demon being suggested and leaving the audience to fill in the blanks with their imagination.  However, producer Hal E Chester insisted that the demon be seen on screen and added one in post production.

This was done without Tourneur’s consent, approval, or involvement. The only scene which Tourneur shot involving the demon was when Holden is pursued through some woods. In this scene, as is to be expected given Tourneur’s viewpoint, the demon is never actually seen. Despite, or maybe because of, this it is actually scarier than when we see the guy in the rubber suit!

Some Things Are More Easily Started Than Stopped

Another change was in the running length. The UK original wasn’t exactly a marathon, standing as it did at a bit over an hour and a half; ninety six minutes to be accurate. However, scenes removed include a visit to the Hobart family farm, a trip to Stonehenge, snippets of the séance scenes, and conversations between Karswell and his mother (Athene Seyler). The American version wound up at a very trim eighty two minutes. Personally speaking I would have preferred more of Tourneur’s skilful mood manipulation and less of the guy in the rubber suit!

chevron_left Is there anything extra during the end credits of Prey for the Devil?
Halloween Movie Classics – The Haunting – 1963 chevron_right