Freebies and Swag from Opening Night of Like A Boss 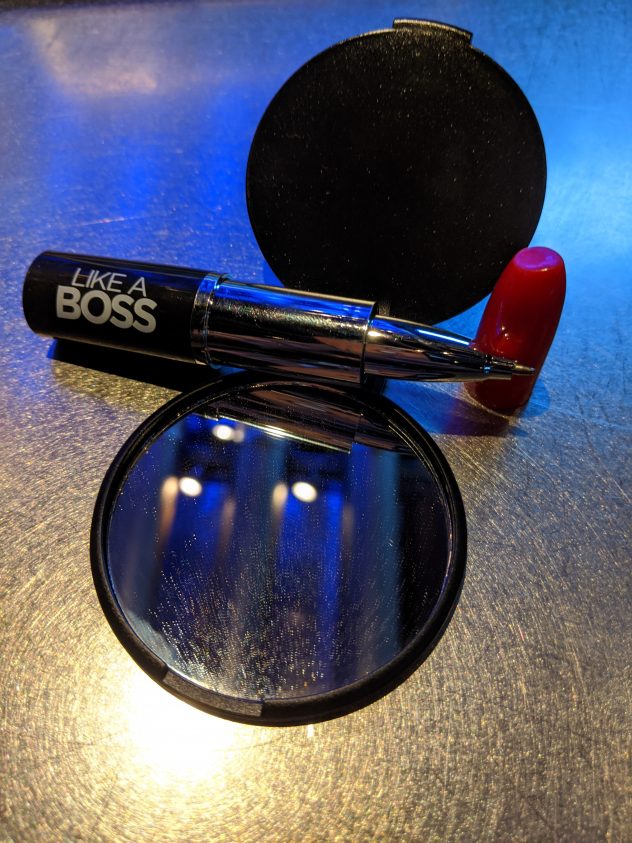 I got the goods! Premier Night at the Tiffany Haddish, Rose Byrne, and Salma Hayak Like A Boss gal pal comedy had two sweet free swag gifties to score.

Of course, at RunPee we see all wide release movies opening night. Here in a big city, I have many AMC choices (I’m an AMC girl). Three theaters in particular are close enough for weekly use in my area of San Diego.

Two cute giftie free swag goodies from Like A Boss, and I can’t decide which I like better:

I love them disproportionately to their value. I feel appreciated as a viewer. These goodies are slim enough for even the smallest hand clutches, although they won’t hold up to heavy use. They are more like cute girly emergency supplies, which goes along with the One Night Stand Makeup Kit featured in the movie in Mel & Mia’s Salon. 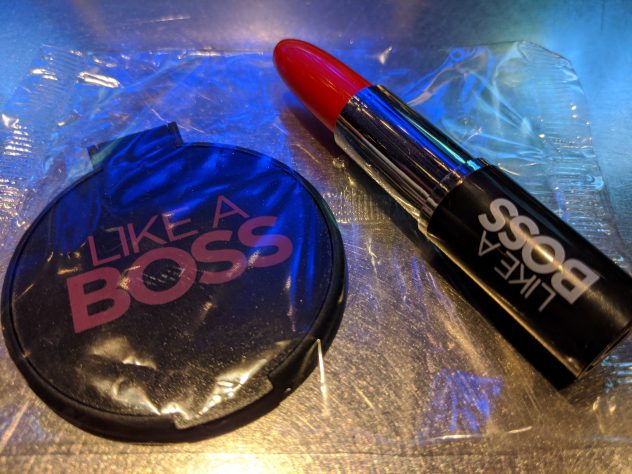 Give them to your girlfriend if you don’t want them. So cute.

I’m often surprised by the quality of these little freebies from opening nights at my San Diego Mission Valley AMC theaters. For example, the Downton Abbey movie gave out well-made if small snow globes of the Abbey itself. I’m unreasonably pleased with such freebies, because I’m a Material Girl kind of geek. I like to make these things into ornaments for my Geek Tree. (And no, you can’t see it yet. I just moved and it’s not ready for prime-time.)

I wish movies would tell me ahead of time which ones will have free posters and swag. Maybe that’s RunPee’s next app! 🙂

It makes me want to spend the extra money to go a little further to that other theater, instead of my closer one in Fashion Valley. So I should get on doing a Mission Valley review STAT, although more traffic taking up butts there will make my job harder.

But true fans should get the swag. Maybe more studios would think about rewarding the die hard audience. We’re the ones they need to woo. First rule of marketing: it’s easier to keep a happy fan than find a new one.

Is there anything extra during the end credits of Like a Boss?