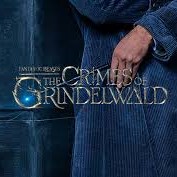 The new trailer for JK Rowling’s Wizarding World was released to great excitement at the 2018 San Diego Comic Con. I didn’t manage to make it into the panel where it was released (SDCC is no joke, folks), but I was nearby at the convention center, and eventually got a look. I’m happy to say the preview’s got a bit of everything in it. Wizards, witches, critters large and small, heroes and villains, and lots of world building.

[pullquote]While Fantastic Beasts: The Crimes of Grindelwald definitely sports that signature dark look from the latter Harry Potter films, there seems to be a little light and humor here and there. [/pullquote]There’s hints of the majestic beauty that keeps legions of fans begging for glimpses of a world with magic in it.

Let me get this out of the way: the trailer is full of spoilers. If you don’t want to know anything that happened after the end of Fantastic Beasts and Where to Find Them, you might want to move along now. And as we ramp up to the holiday movie season, you’ll have to look away and hum whenever this preview comes up in the theaters (it can be done. I did it for The Last Jedi, and before that, Logan).


For everyone else, here it is. My thoughts are below and contain said spoiler items from the trailer:

Okay, if you’ve plunged in, you saw all kinds of interesting stuff ahead. We start off with a return (YAY) to Hogwarts, and a revisit of the protective Ridikulus Spell against Boggarts. We see Newt as a young student, with his fear of a desk job. A bearded Jude Law steps in as our third Dumbledore, who’s already a Hogwarts teacher at this point. (For Protection Against the Dark Arts, it seems, which is weird. I though he taught Transfigurations?) Further, he’s not using The Elder Wand, so this helps place the movie more clearly in the Wizarding timeline.

Newt Scamander seems to have the New York crew back from his first movie. (Remember when we weren’t even sure Newt would return as the protagonist?) Adorable Muggle Jacob looks like he’s got his memory back, and the Niffler makes an appearance, begging for shiny objects.

One extremely charming appearance in the trailer: Nicolas Flamel is in the movie! AWESOME. You’d have to remember Harry Potter and the Sorcerer’s Stone to get this callback (HP and the Philosopher’s Stone for UK fans; the original title). Anyway, its the person whom the titalar “stone” refers. I am giddy. 😉

We also see Johnny Depp managed to hold onto his role, as controversial as that choice was at the time, and hopefully he’s got a better handle on where to take this character.

And somehow or other — this was teased at the end of the first Fantastic Beasts with a single ashy wisp escaping — Credence survived his apparent explosion. He looks like he’s got a better grip on his powers. Not a good thing. Maybe.

In the ambivalent section, Leta Lestrange (Zoe Kravitz) shows up. Is she as bad as her surname (and Queenie’s telepathy) fears? Could she be so awful if she was once so close to shy and sweet Newt? It’s hard to tell from the preview. She seems to hold some affection for her old friend.

Overall, the trailer is brisk and a bit gloomy. I understand Grindelwald is known as the most powerful dark wizard of his generation (a bit before Voldemort’s time), but Grindelwald was portrayed with more mischievous humor in the Harry Potter flashbacks. I hate to see that lost. This prequel series features grownups, but that doesn’t have to mean it’s a joyless affair.

Here’s the 17 minute Fantastic Beasts panel from Comic Con, if you’ve got the time to kick back and enjoy. And again, here be spoilers:

Movie Review – Fantastic Beasts and Where to Find Them