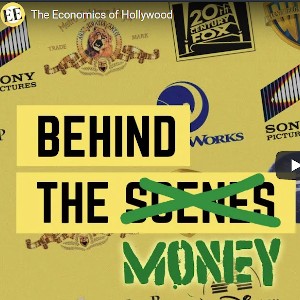 I’ve been watching a lot of videos about economics recently for research into a new project I’m working on. This channel Economics Explained is one of my favorites. The creator does a great job breaking down the topic and adds a fun bit of sarcastic humor. Bonus that he has a nice Aussie accent. 🙂


$42 billion dollars. That is the amount of money grossed by films at the global box office in 2019. Impressive? Definitely. Surprising? Probably not, especially when you consider that global box office revenues have increased year-over-year since 2005.

That was, of course, until COVID. As you’d expect, the pandemic has devastated Hollywood – resulting in an unprecedented seventy-one percent (71%) decline in global box office revenue. Worse yet, we all have to go another year without Daniel Craig’s No Time To Die – a title that has since taken on somewhat of an eerie meaning. But putting the absence of James Bond aside…movie ticket sales have actually been on the decline for nearly two decades – despite a steady increase in population over the same period.

So, if people are going to movie theatres less often – and they are – then what exactly is driving the growth behind global box office revenue? To answer this question, you have to understand the economics of Hollywood. How do movies get funded? What is the role of government subsidies and alternative revenue sources? How can a movie gross more than its budget and still lose money?

And finally, what are the economics behind movie theatres and their twenty-dollar buckets of popcorn?

chevron_left What’s in a Movie Analysis Essay?
Godzilla King of the Monsters – all the news clippings from the end credits scene chevron_right